The futility of it all…

The good news is that she acknowledges that she is forgetful … and therefore writes down lists.
The bad news is that she is too forgetful to even remember to take the list with her.
When I called her up, she reassured me that she remembered the four items. So far so good. The tactical mistake on her part was to try and prove it by trying to rattle off the items from memory…
Like I was saying …. 🙂 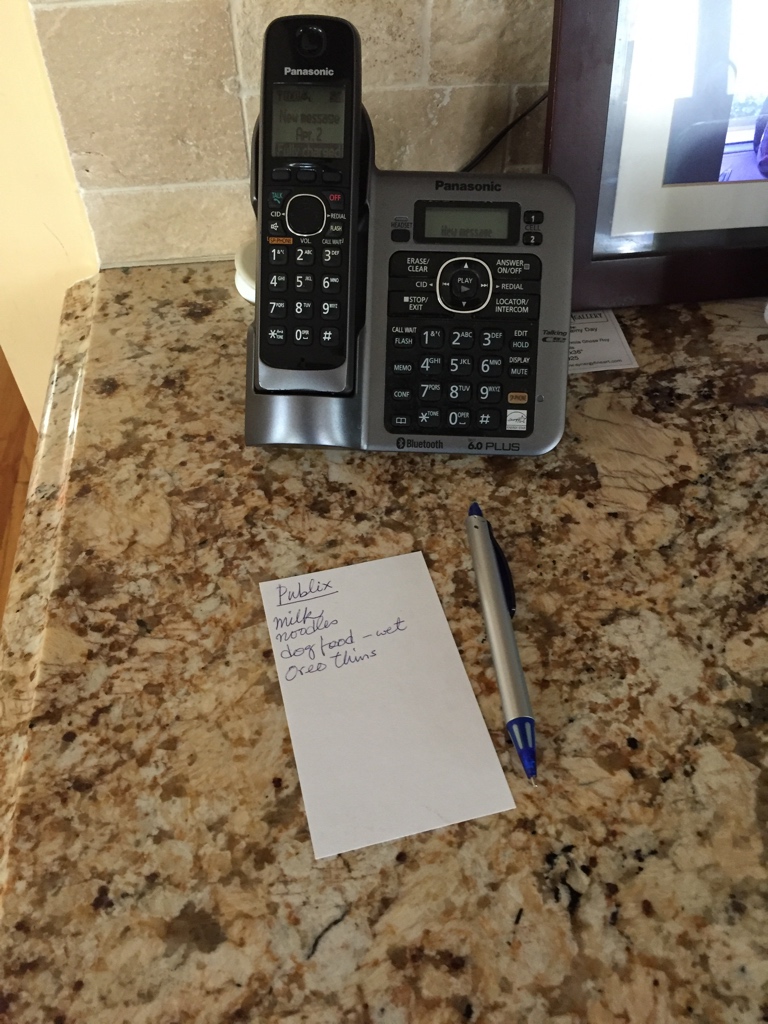