Less than two months back, as in every year, I called up my friend from middle school – Bhaskar to wish him a very happy birthday. Like every year, he did not pick up the phone (he works in a steel plant and it is not convenient to make calls from there). Unfortunately, in India, somehow the concept of voicemails is still not very prevalent.

Usually I would have just followed up with an email – but this time, for whatever reason, I thought I would call him at home. (My first call was to his mobile). He was not at home either. But his mom, Mrs. Bhattacharya picked up the phone. What was supposed to be a “please pass on my birthday wishes” call became a much longer call about how things have been for her after uncle passed away a few years back.

She was my next person to visit last Friday morning when I was in Durgapur. Bhaskar was not home on Friday (no surprises there 🙂 ) but I was able to chat with his mom for quite some time. Most of the time was spent discussing the conditions under which uncle had passed away and Bhaskar’s and her own health.

What was even more interesting was when she started telling her life history – about how she and a couple of siblings had made the trek to India during the riots and violence in post-independent Bangladesh. Her parents stayed back in Bangladesh. It was a great story of how one of her brothers was the anchor and helped the entire family get a foothold in Kharagpur!

I had been to her house so many times when I was young but I had no idea about her lifestory. These kind of stories often ground me on how blessed and lucky I have been in life… 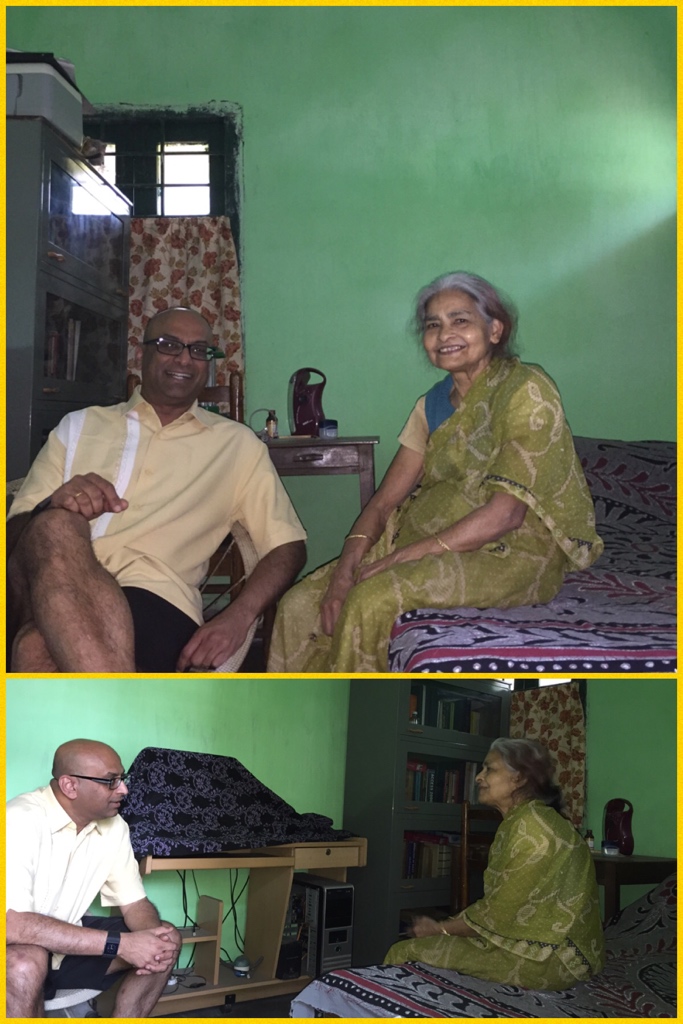