The most difficult Bye

This was absolutely the most difficult Bye for me to say during this trip. Sundori-di lived in our neighborhood when I was in middle school. She was not exactly our playmate since she was about twenty years older to us. She was differently abled ever since birth. We did know that she kept to herself most of the times other than in the evening when she would go for a walk and say Hi to anybody who greeted her. But what we knew her most was for the beautiful way she used to play sitar. We used to often stand outside her house to hear her play.

Over the years, I had heard that some of her physically difficulties had become worse. In fact, I was given to understand that she had completely lost her eyesight.

When I walked into her room, she was playing her sitar. She confirmed that she cannot even detect light if it is shone upon her eyes. Advanced glaucoma robbed her of her eyesight very fast. It was nerve wrackingly difficult for me to comprehend her condition (I am an early stage glaucoma patient myself).

Being blind at birth is one thing. You do not know any different. You learn your way around differently from others, but like I said, you have nothing else to compare with. The concept of color means nothing. The beauty of a sunrise, the shape of a face are just vague descriptions that you probably make up your own imaginations about in your mind.

But if you go blind, that has to be a very very different situation. Above everything, you know what you are missing. There is a helplessness and frustration you have to feel for something being taken away from you. And this is just when you are sitting by yourself and reminiscing on what a sunrise used to look like. Never mind the times when you stumble your feet into the table simply because the world is freshly dark to you and you have not grown the natural instinct and intuition of a person born blind.

I quietly sat beside her and decided instead of talking to her about her life ever since I saw her last, I would take a different route. Softly, I asked her to play the sitar for me. Which is what she did. I let her know that I will be taking a few pictures of her playing and share with my friends. She continued to play intently for quite sometime time.

I realized that her sitar and music must have become her most trusted refuge. I did not disturb her any more to talk to her. After my time was up. I told her that I would be taking leave.

I could sense that she wanted me to stay but was reconciled to me leaving. It was almost like her eyesight. She had reconnected with an old friend only to realize that it would be taken away from her.

Certainly, that is the way I personally felt about seeing Sundori-do after three decades… It was very very hard to fight back my tears as I walked back to my waiting car… 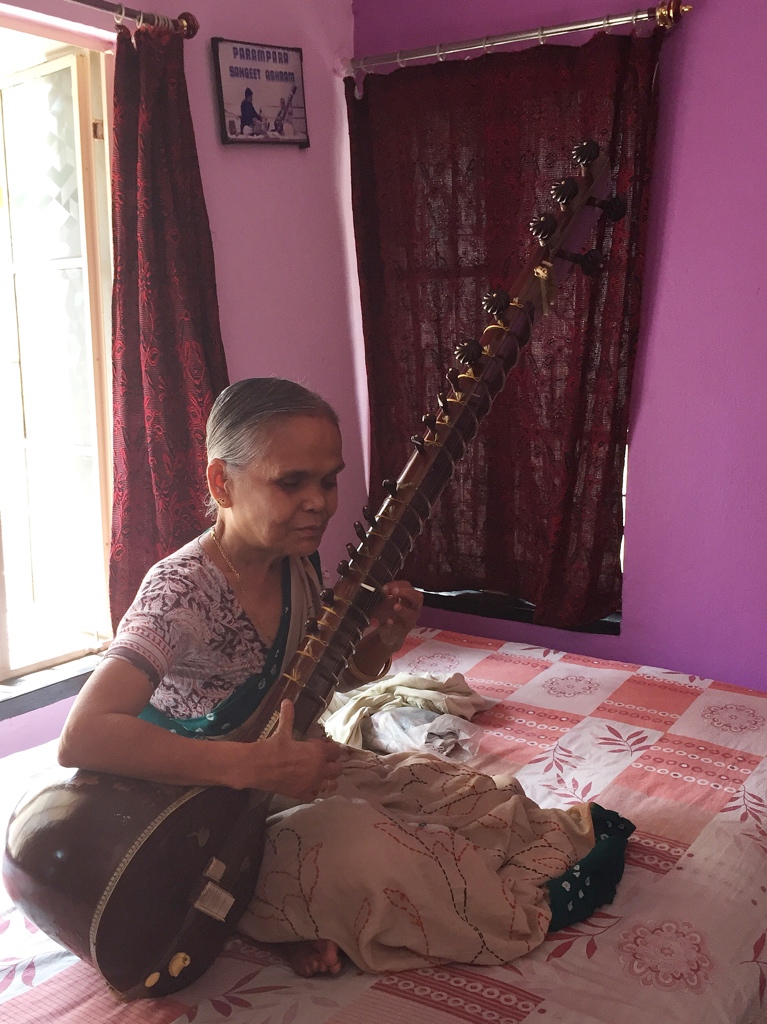