Partha Basak was my class mate from 5th thru 10th grade. I do not think I have seen him after that at all. I was very close to his dad – who was my ophthalmologist. Every year, I used to visit Dr. Basak to get my eyes checked. He would spot me inside the waiting room and pull me in to jump the queue and sit me down for all the tests. In between, he would pepper me with all sorts of questions about our school, our studies and of course, if Partha was being too mischievous in class 🙂 I had gotten to like him so much that if we ever went to the hospital for whatever reason, I used to often stroll over to his side of the building and say Hi to him.

I had lost touch with Partha for many many years. And once I did get hold of him, the first sad news I heard was that my favorite Dr. Basak was no more. I really wanted to see him one more time – this time I would even truthfully answer all his questions about Partha’s mischievousness 🙂 In any case, as I kept talking to Partha, I found out that his mom lived by herself in Durgapur. You can do the rest of the math. Yes, I did write down in my notebook that I needed to meet her next time I was around.

As I rang the bell at the door of what I thought should be Dr. Basak’s house, I was wondering if Mrs. Basak would recognize me. She had seen me only once.

Soon Mrs. Basak came out and answered that question for me. She gave me the exact details of what had happened on that one day she had met me. Turns out myself and a couple of school friends had gone to Partha’s house to visit him since he was suffering from chicken pox. Now, I had already gone thru a bout of the same and I was told that you never get chicken pox twice. Apparently, I did not listen to Mrs. Basak’s warnings about getting infected and unlike my other friends (who had not had chicken pox yet), I went straight to Partha’s room and started chatting with him. We were separated by a mosquito net. Frankly, I was aware of the incident but I was blown away by her recollection of the details.

Then came the downright hilarious part. She started inquiring after our school friends. But she kept calling them by their nicknames that we had for them. And I would be the one scratching my head trying to do the mapping of the nickname to the real name before I could give the updates. I was impressed that she could go thru “Professor”, “Ding”, “Masi”, “Seeshu” and so on without missing a beat !!

The last part of our discussion was a little more serious about why there are so many cases of depression in India these days. Most of our analysis was structured around how the framework of family as a unit as we knew it is undergoing pretty large changes with sons and daughters getting great opportunities all over the world – with the unfortunate side effect that during the golden years, there is not much of support structure or the near and dear ones nearby for the parents to live with.

Oh! how I wish Dr. Basak was around. Maybe he would have opened my eyes one more time 🙂 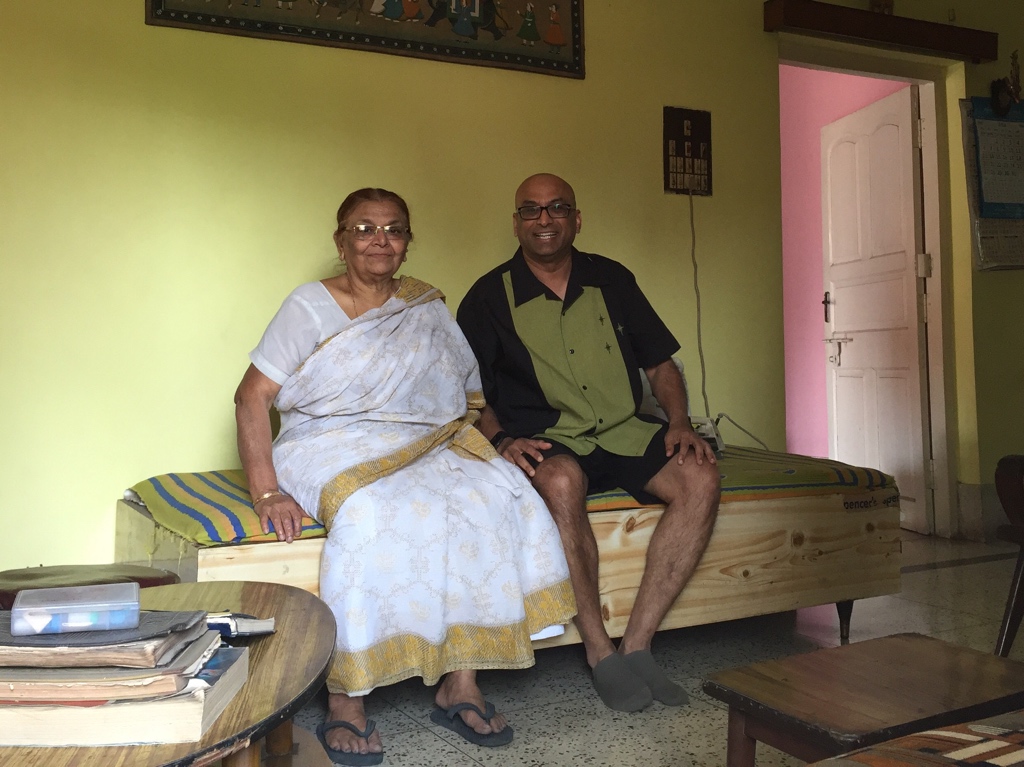