The gift of time…

“Kaku, amaakey aapni chinben na. Amar naam Rajib”. “Sir, you don’t know me. My name is Rajib”…. said nobody in this world to make an elderly gentleman completely comfortable with a stranger. And yet, that is how I found myself stumbling for words when I met this gentleman this morning for the first time in my life.

The story goes back many months when Satyaki, Amitesh and I had gone out for a drink together in Atlanta and Satyaki had talked about having visited his dad recently in an old age home in India. Later, Amitesh and I had talked about visiting our friend’s dad sometime when we would be in India. Amitesh beat me to the punch and visited Satyaki’s dad completely unannounced a couple of months back when he was in India. I am sure he had a much better opening line than me when I pretty much repeated his act today.

It was a great environment and Mr. Lodh talked about various things – his background, his upbringing, his stay in the old age home etc. I talked about his grandkids and how his granddaughter and my own daughter were once roommates in a summer course at Duke University. Really, the initial awkwardness was gone in about a minute.

Before I knew anything, another gentleman had joined us and the three of us were discussing Bengali habits, local politics and Durgapuja in various parts of the world. And then one by one they started joining in. At one point, I realized I was surrounded by six more residents other than Mr. Lodh. By then, I was in full swing going thru my repertoire of much recycled jokes about my shaven head to the rapturous laughter of my captive audience.

Eventually I ran out of jokes and somebody asked me where I was from. When I mentioned America – many of them lit up. There was the lady who mentioned that her son lives in Houston, there was a gentleman who mentioned about his daughter who is now married and settled in New Jersey and so on. I recognized that, at the end of the day, many of them were dealing with health issues when I realized that they were struggling to remember their own kids’ names and had to be prompted by their caretaker. In any case, I now have three or four more names to hunt down in the USA 🙂

An half an hour meet had already rolled into and hour and a half. It was getting to be shower and lunch time for them. They insisted I have lunch with them. I told them that my parents were waiting for me. Being parents themselves, they immediately encouraged me not to keep my parents waiting for too long.

I suddenly remembered that I had become so engrossed in the impromptu party (the proper Bengali word would be “adda”), that I had forgotten to take pictures. I took some pictures of Mr. Lodh and then had one of the attendants take a picture of whatever party was left. Apologize for the picture quality – this was the first time the attendant had held a smart phone.

On the drive back home, I was a confused mess. What just happened? It was supposed to be a semi-informal meeting of two strangers separated by about three decades. It was more like a true adda of seven or eight old friends. I did not know them. I had nothing to offer.

And that is when I again realized how time is the only truly finite resource that we have. Gifting time has to be the most rewarding experience ever. It was for me today, for sure. 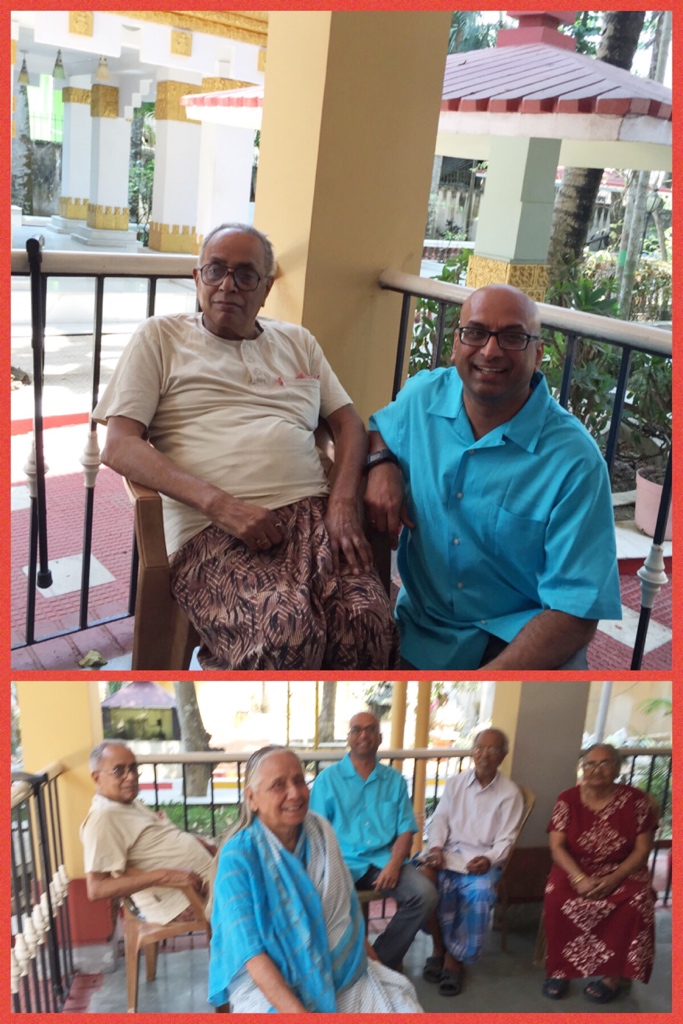