Reconnecting with Mr. and Mrs. Dutta

I had not seen Niladri’s parents – for that matter Niladri himself – since the early 80’s. There are too many lovely memories that come to mind thinking of them. Those days that I used to bike – and sometimes simply walk – to Niladri’s house during my middle school days. Often, together with my best friend Avijit.

There was the lovely flower garden that his dad used to tend to. There was the old record player he had together with the collection of LP records. And his mom’s hospitality – never, ever would she let us leave without having sweets.

More than three decades later, I again got a chance to see Mr. And Mrs. Dutta. And Niladri. And his wife and son!!

Was amazed by how active and alert Mr. and Mrs. Dutta are. I was thrilled to find both of them in great health. What was totally mind blowing is that it is Mr. Dutta that helps out his grandson with all his studies. What a great influence!! And Mrs. Dutta’s sense of hospitality has remained exactly the same – we could not leave without some “luchi-mangsho-aloor torkari”.

What lovely elders I got influenced by when I was a kid!! 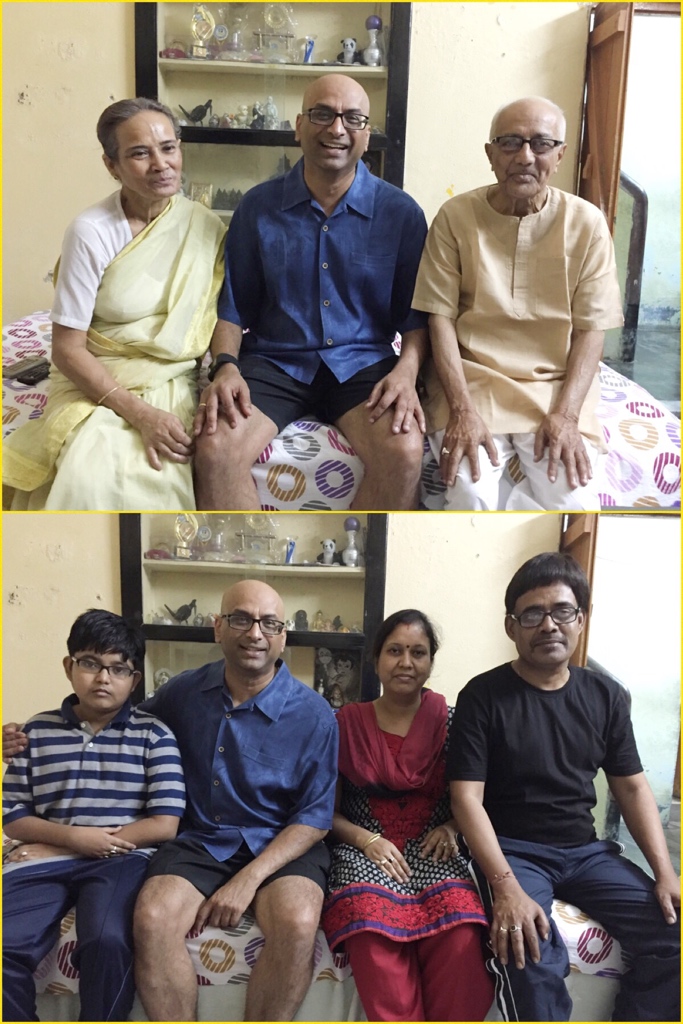