Great start to the India trip

Flight landed in Delhi over four hours late. I had a couple of hours before I had to take another flight for the last leg of the journey. What could have been a boring and tiring passage of time instead became a few memorable moments.
Jay Vikram Bakshi and I went to school together from sixth grade to tenth grade. He lives in Delhi and had woken up early to come and have a coffee with me at the airport (and give me a ride from one terminal to the other). Without that nice gesture and sacrifice from him, God knows when I would have seen him next.
I do remember when I saw him last – August 1983 at Raja Bajar Science College. Both of us had shown up for our viva test for National Talent Search Scholarship tests. That was nearly 33 years back! I had forgotten about something – and as we chatted, I recollected that his sister and my sister both used to learn singing and would often meet each other at competitions.
It was a short meeting but a very memorable one. It was absolutely delightful to see a classmate of mine has become such a successful entrepreneur in the digital marketing domain. We had a cup of coffee standing near the airport and chatted for about an hour catching up on our parents, families, old school friends and such.
I could not have started my India trip in a better fashion… 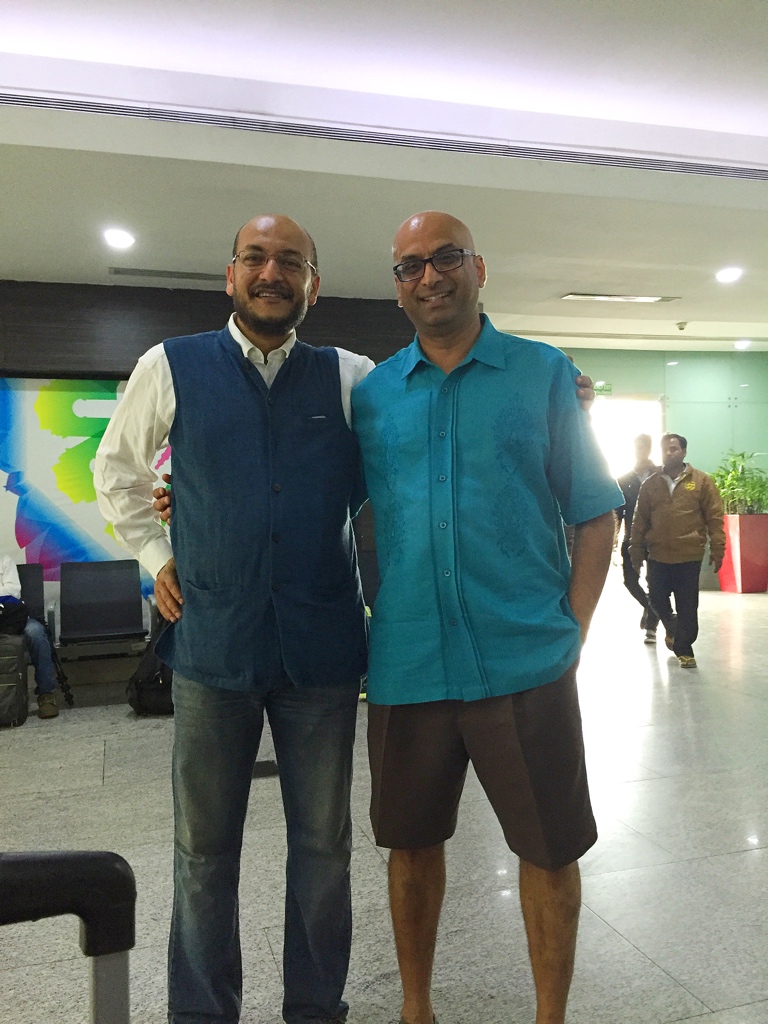