It was Thursday morning – I usually am headed home around that time. This week though, I was leaving home for an overnight trip to Florida. As it so often happens, I finished up my calls just before hitting security and ran to the Delta Sky Club to grab something to eat – not knowing where my next meal will be – and run for the flight that was to leave in under thirty minutes.

Just as I was cramming down the two boiled eggs and some Yogurt, guess who called out my name? It was good old Tim Knezevich. I remember Tim for many many things. The spelling of his last name is one of them 🙂 His coffee mug was another – it looked exactly like a Nike Zoom lens!! (he is an avid photographer and that was a souvenir, I guess). And of course, I remember him as a professional who taught me a thing or two on how to attract and keep top executive talent. In his defense, I had joined the company where we met each other before he had joined. I do not think I had much of a chance otherwise 🙂

I had just a few minutes to catch up with Tim and our old friends from the prior workplace. But most importantly, I got to meet Kim – his wife. I had left them and just as I was stepping out of the Club, I remembered something. I ran hurriedly back to them. I was getting dangerously close to missing my flight but an important aspect of the meeting was forgotten – taking our picture on my iPhone so that I can permanently etch those moments in my blog!!!

In a complete coincidence, he was headed to Seattle! Are you wondering what was the big coincidence there? Well, before Tim joined, the lady who headed up that department was Andrea. And obviously she shares the blame for agreeing with the CEO to hire me as his direct report. You know what she did after I joined? She quit and went to Seattle 🙂 🙂

Again, always great to meet old friends on the road… After all, the road is where I get to make all the great friends… 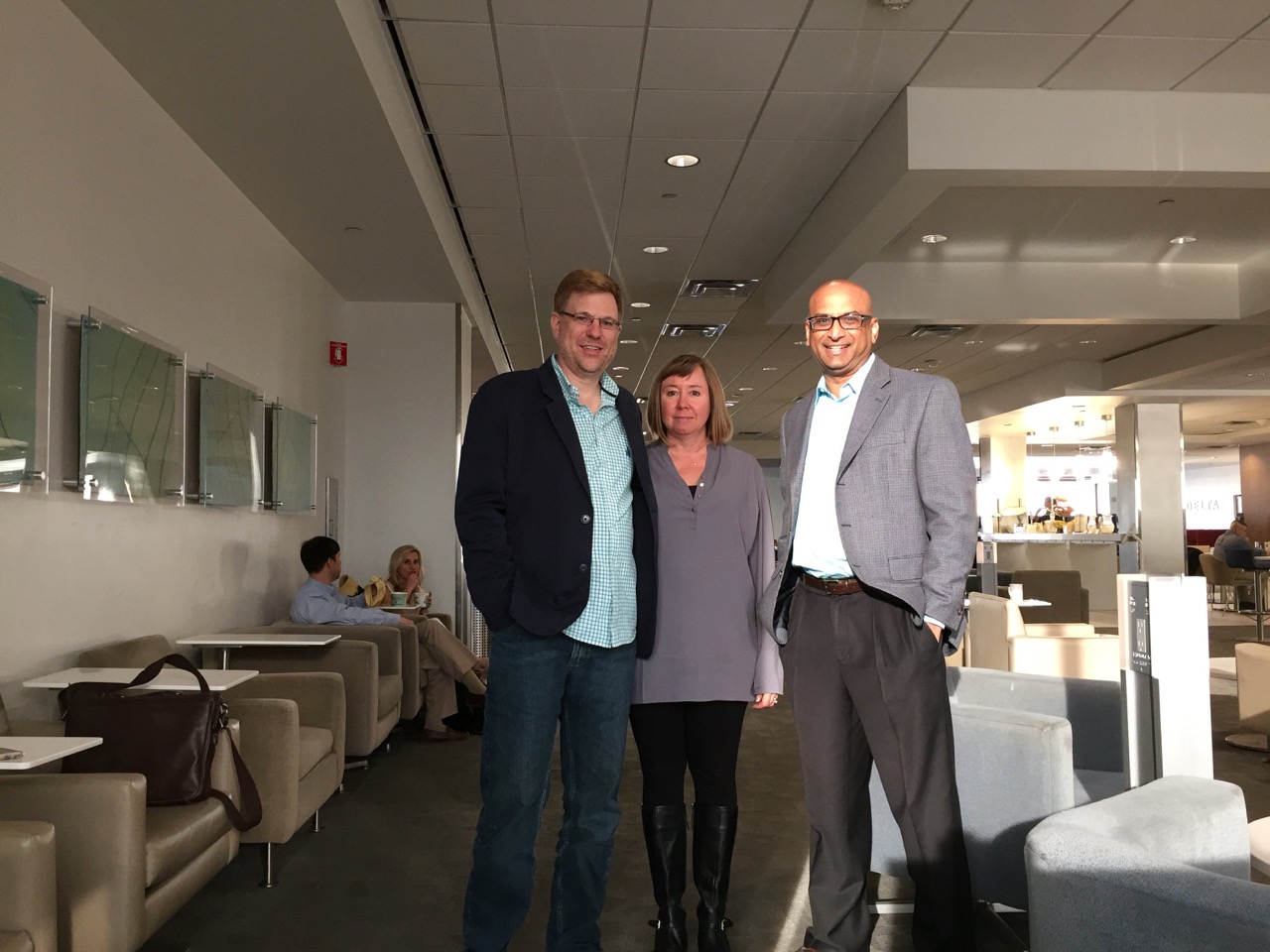