Youth is a gift of nature. Age is a work of art!

It think it was Satchel Paige who had once asked “How old would you be if you didn’t know how old you was?”. If we did not know what a calendar is, how old would we judge ourselves?

Last night, we had a chance to celebrate the 70th birthday of Mrinal-da. That is by the calendar time. Without a calendar, most of us would put him somewhere around early thirties. Late twenties, on a good day. Here is a gentleman, who is exactly the same age as my mom – and yet, he were any younger, he might have to do stupid things.

It is just not about his ability to defy physical age. Agreed, he might need a few minutes to catch his breath between the game points in a game of tennis but he will chase the ball wherever it goes and return it – often much to the surprise of his opponent and get the match point. It is like he is told himself that till he sees the ball bouncing the second time with his own eyes, it is still fair game. Like I was saying – it is not the physical strength – it is that mental tenacity to not give up even while playing players clearly half his age.

But all that makes him look young. What really makes him young is his attitude towards life. He can as easily hold court with a couple of septuagenarians as with a couple of teenagers. Somehow, he manages to adjust to everybody’s outlook, points of views and have meaningful exchanges.

In the eight years I have known Mrinal-da, I cannot remember once – even once, he speaking ill or even in a slightly bad light of anybody. It is not like he agrees with everything but you can’t get him to say anything negative about anybody. I firmly believe, somehow that is the core of his being. Being able to see the positive in everything has manifested itself in all the other things we see in him.

An outstanding story from a few years back – I think I had written about it before. Mrinal-da was playing tennis with another friend of mine and in the next court were two teenagers – brother and sister – who happened to be the kids of a very close friend of mine. Now, these two siblings were State rated players (that too Texas – which is one of the toughest state in this front) – so obviously their shots were quite a few notches above other players around in the various courts.

Mrinal-da, apparently, stopped his game and intently watched the brother and sister hit the ball. And then during a break, he went up to them, introduced himself, complimented them on their game and said “When I grow up to be as old as you are, I want to learn how to play like you”.

That story embodies Mrinal-da in every aspect of his being.

Incidentally, the dad of the kids narrated this story to me later and I realized that there is probably one such guy in this world. A couple of phone calls later, it was established – indeed it was Mrinal-da!

So, here is to you Mrinal-da on your 70th birthday:

Throw that calendar away. Stay in your mid thirties for another ten years!!! 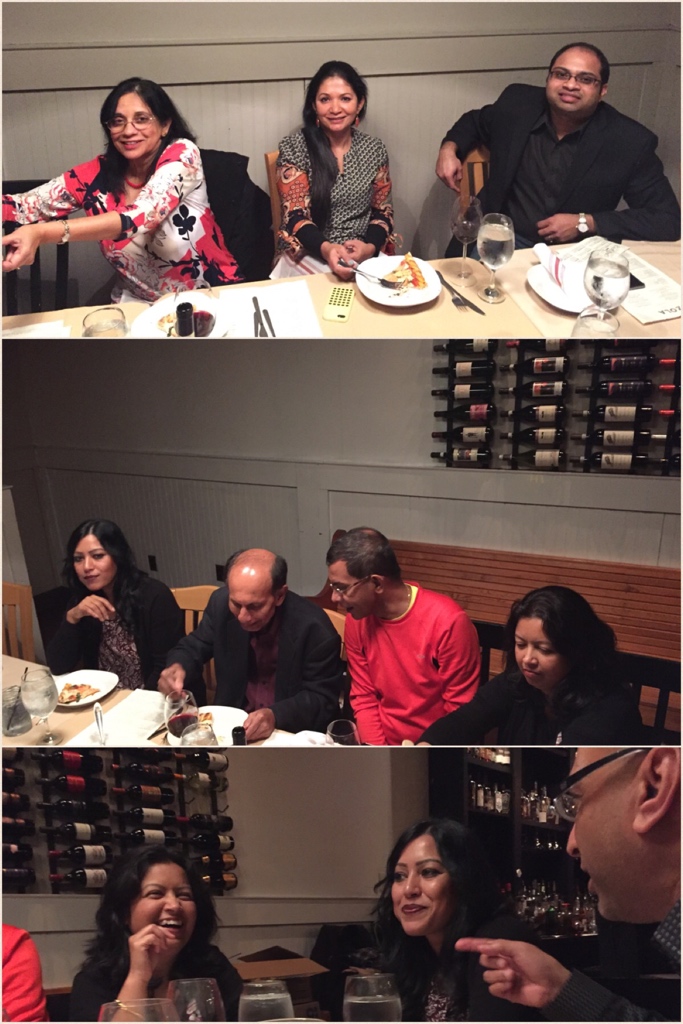 Posted February 1, 2016 by Rajib Roy in category "Our Friends