Okay, he is a handsome looking, younger, Caucasian guy with a lot of hair on his head. And I am anything but! However, it is another of those great “intersections points” I had on the road.

This one does not involve any airport or distant places. It was in fact in Norcross (a suburb of Atlanta) where our office is located. A few days back, sometime late in the evening, I realized that I was the last person left in the office. I still had a few emails and documents to go thru. I packed up, locked the office and went to a favorite bar of mine near the office. It is actually a very old railway station converted to a bar and restaurant. (called The Crossing). Early in the week, usually the bar is not that crowded and it allows me to do all this email and document stuff I keep for the end of the day. The best part is the train going by every fifteen minutes or so (mostly freight trains and a few Amtrak trains) and rattling the whole place. Still get fascinated watching a train go by so near and close.

In any case, on this day, at some point I started to wind up all the office work and settled down on my second and last drink. I am not sure how it happened – I think I was talking to the barlady Nicole about Powerball – but I somehow managed to talk to a couple – who had come and settled down not too far from me sometime during the evening. At the end of half an hour of talking, I came away convinced that he is my (better) twin!!

Tim and Nanette were their names. Tim mentioned about being in a “gap year” (retiring for some time before going back to a new job). That was all the lead I needed. I am a big believer of that. I excitedly told him about all my “time off” years. We talked about the philosophy of breaking up retirement from “once and done” to multiple periods of retirements so as to enjoy life in the different decades we live thru. We also talked about the common challenges people have (and frankly, we had) around the prospect of taking time off. (Most of it is around a feeling of financial insecurity – which, in my personal opinion, is a false fear). We also talked about Bronnie Ware’s “Top Five Regrets of a Dying Man”.

What was absolutely weird were some of the common things we have done during our time offs. Turns out he is a mixologist too!! And a runner!!! And practices music! Knows somebody who plays the tabla (which is what I play)!! I tried to encourage him to write up his life story in a blog. Did not need any encouragement – he already has multiple blogs and FB pages. (As an aside, he wrote about our meeting too!! – http://www.myfirstretirement.com/2016/01/15/gap-year/).

The picture below will give you a great idea of how much fun I had that evening with two complete strangers at a bar! I hope to run into them and exchange our stories more often!! 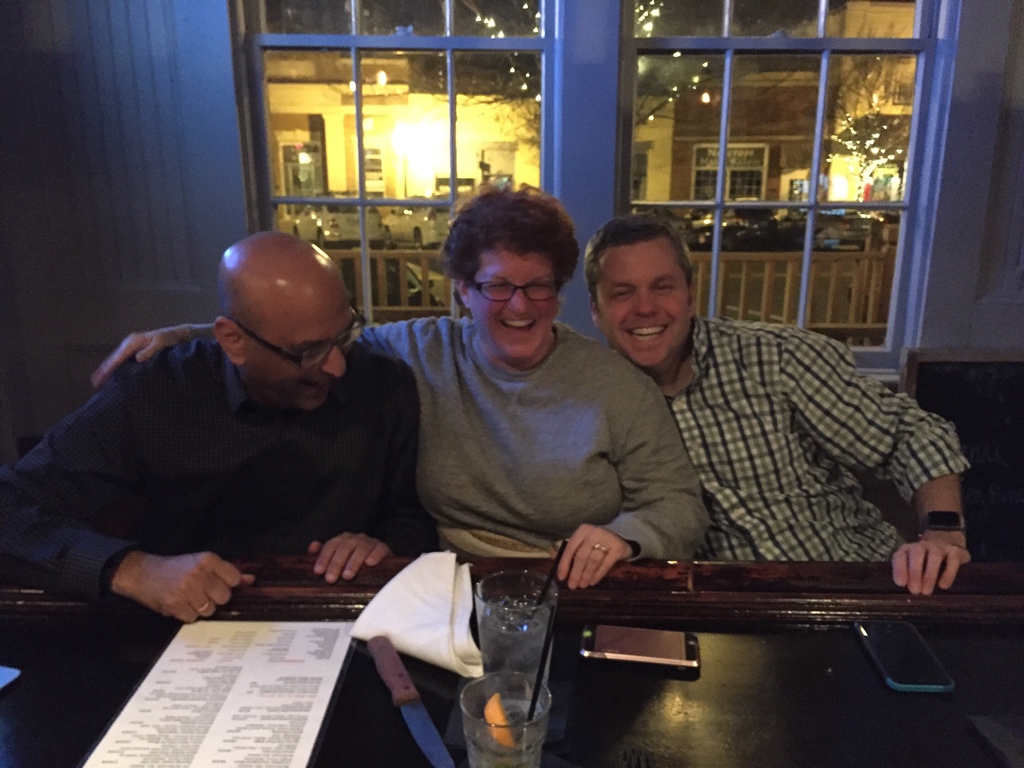