You probably recollect my blog from yesterday where I talked about running into Nancy Yates minutes before I got onto my flight to St. Louis. (see http://www.rajibroy.com/?p=9785). Guess what happened after I got down? Well, following my normal routine, I strolled towards the luggage belts to pick up my suitcase. I had barely reached the belt when the same thing happened again – I could hear a lady’s voice yelling “Rajib! Rajib!!”. I turned around – half incredulous that I would have two intersection points in a matter of a couple of hours. But there she was – Patricia Numprasong!!

Patricia and I go back some time. In fact, in the ranks of those people who have tried to keep me in line at office – like Marte, Kelly, Denise, Stefanie, Leah, Vicky and so on…, Patricia is way up their in my list who I flustered the most. There was a short period of time when I was asked to temporarily fill in the big shoes of my personal and professional friend Rob (who is now the CIO of Etihad Airways) and Patricia was entrusted to work with me. I did get to know about her family – especially her daughter who got married around that time and her son.

It was such a delight to meet Patricia after such a long time and catch up on her and her family. I also got to make a new friend – Doreen – who was with her.

This was my first flight in the new year. With these kind of perks, I can’t wait to get back on the road again…. 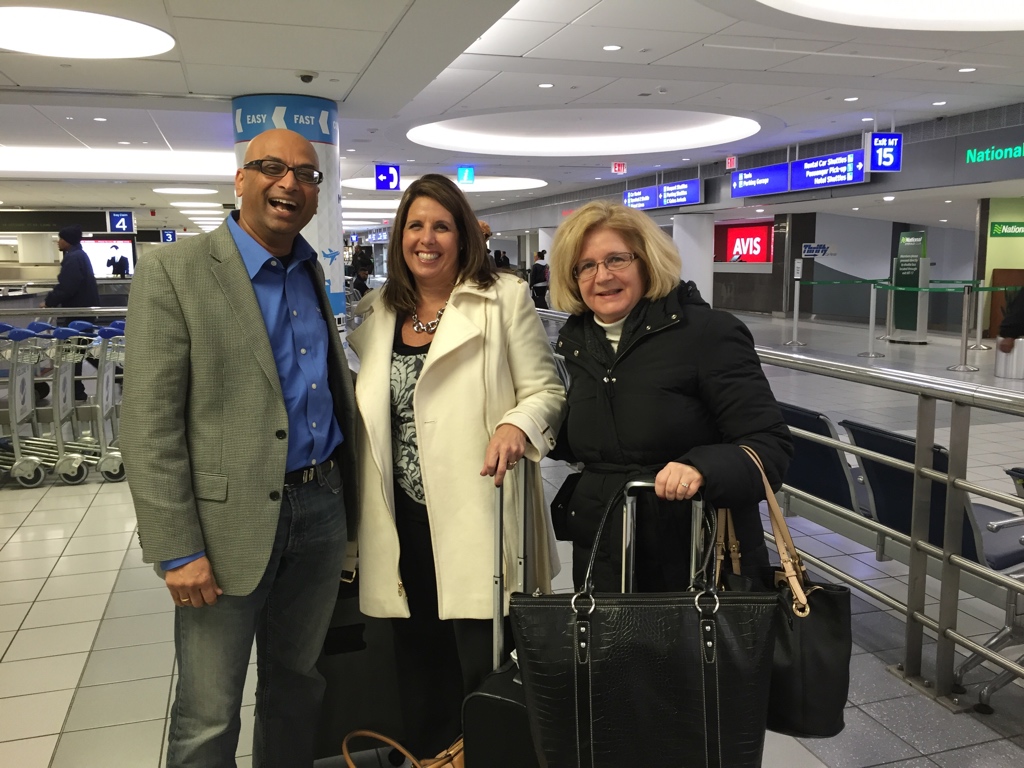