Marathon race – seen thru the eyes of my Indian parents

I had just finished my race, collected the aluminum foil, banana and the all important medal. After a few customary pictures from the authorities, I started walking towards a corner of the stadium to settle down. “Walking” is overstating it. The feet were hurting so much that I was more or less waddling like a penguin.

Found a sunny corner, wrapped the foil around me to keep myself warm and sat down slowly eating the banana and sipping water. Called up Sharmila, my mother and then my brother to let them know that I had finished my run. Sharmila and my brother, who are both runners, had the expected congratulatory and somewhat relieved responses. My mom, on the other hand, was a different story. Lest there be any doubt, let me clarify here and now that neither my mom nor my dad runs. And they are not particularly excited that a lot of family members run.

My mom’s first question was “how long did it take?”. Instead of complicating the answer with run time and gun time, I just told her over 5 hours. “Certificate dilo”? Pat came her followup question asking if I got a certificate. Now, you have to understand the Indian parent context here. Unless you got a certificate for doing something , in their mind, it is as good as not doing it. “Ki abar debey?”. I tried to make light of the situation by saying that “nothing much”.

“Tobu, ki dilo?”. She insisted on knowing what did I get at the end of the day. For a moment, I thought of explaining the advantages of aluminum foil and banana but I was too tired – so I just said “They gave a medal”. Silly me. I completely forgot that I was dealing with Indian parents. Medals trump certificates. Medal means you have come first, second or third. Before I could make any amends, she was talking loudly to my dad that I got a medal. I did not even get a chance to mention to her that the guys who came first, second and third could have run back to where we started from and they would have still finished earlier than me.

Consequently, I was accosted by my dad’s voice on the other side – “Bacchu, medal peyechho? Baah Baah. Ki rank holo?” He, of course, was profusely congratulating and then wanted to know what my rank was. I explained there is no rank-shank for me. I got a medal for finishing the race. “Maaney?”. He was was totally flummoxed. I told him that whoever successfully finished the race would get a medal.

He thought for a while and then said “Eta abaar ki?”. He basically trashed the whole idea. I asked him why he thought that way, rather peeved at this point. His classic answer – “Je porikkhatey bosley prize pa-o-a jaabey, se porikkhar kono mullyo hoy naaki?”. Apparently, if you get a prize for just sitting in a test, then that test has no value.

I told him I needed to talk to my brother 🙂 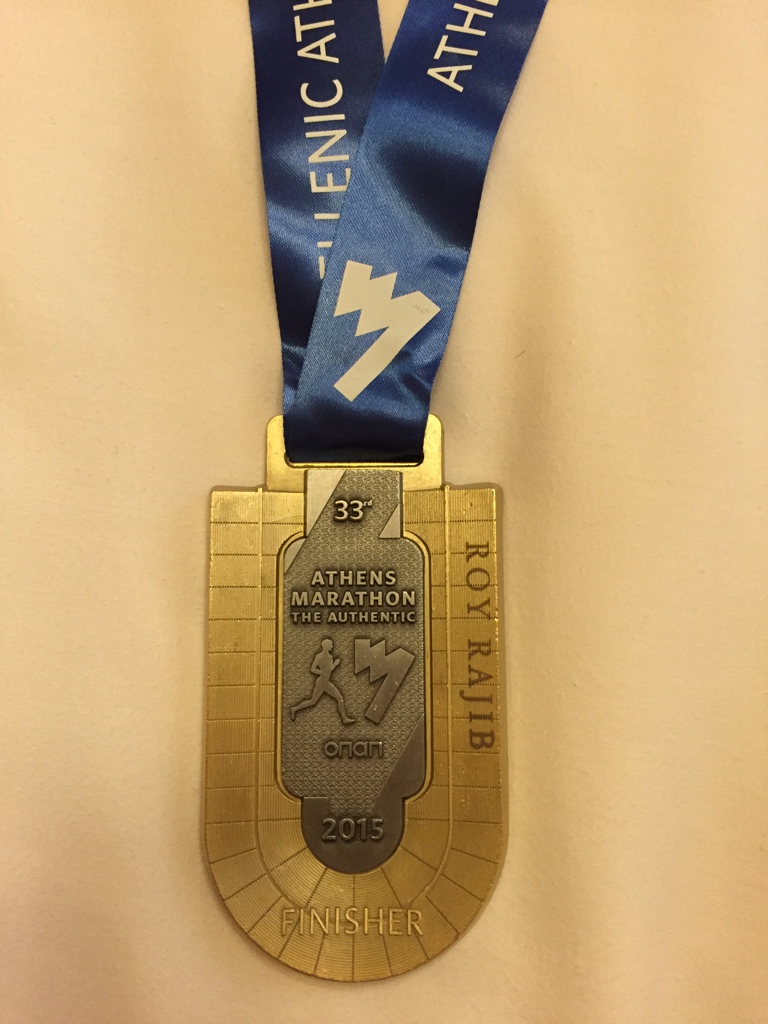