The drive from Corvallis to Monmouth last evening was a short one, but a very beautiful one. As I went up 99W thru the quaint towns amidst beautiful wineries and fruit orchards of Oregon with the sun setting behind the Coastal Mountains as a backdrop, my mind floated back to an early morning of an August day in 2007. That was the day I had met Lia Knower in our running group for the first time. Ever since, she and I have run together many times. I got to run with her husband Matt once and a few weeks back, you may recollect the story I wrote after running with her daughter Lynette.

After wrapping up a hard week on the road, on a Thursday evening, my normal route would have been to drive for a couple of hours to Portland and check into a hotel by the airport to catch the first flight home the next day. But not yesterday. Because I had a very important meeting set up. I was going to make a new friend. A 94 year old friend!

After the run with Lynette was done, over a cup of Starbucks coffee, I had explained to Lynette how her mother had found out about my trips to Oregon from Facebook and how, I got to know that her dad was from Oregon and that her mom spent quite some time there. I also told her that I found out her 94 year old grandmom was still in Oregon. In a place quite near to where I go. Excitedly, I let her know that I was actually going to show up at her grandmom’s house one day and make friends with her.

That day was yesterday. Last week, when I was trying to get my co-ordinates settled down, I found out that coincidentally, Lia was also going to be with her mom. In fact she was right there outside the house flagging me down as I pulled my car in to her mom’s street. And soon, together with her mom, her sister and herself, I headed out to another town which had a nice Italian restaurant.

The evening, in short, was a blast.

At 94 years old, Lia’s mom is unbelievably sharp and active. (I picked up a couple of figs from the garden she tends to). She was full of interesting stories too. And very graceful. At least she laughed heartily at all my jokes!! In any case, i got to learn about the history of how her dad (that would be Lynette’s great-grandfather) – who was in the First World War – eventually came to US from a small island sandwiched between mainland Greece and mainland Turkey! She was excited to know that I will be in Greece in a couple of weeks’ time to attempt my first marathon race. She even taught me how to say “Good Morning” in Greek!

What was even more fun was to watch the two sisters – Lia and Marcia – getting caught up in the history and excitedly starting “Did you know tht….” and then they would realize that they were learning a bit more of their own history from each other!!! Reminded me of how my own brother and sister often go thru those moments when I am in India to visit my parents.

I thought we had barely gotten started when we were told that the restaurant was closing. I had no idea where the two hours went. Reluctantly, we all headed back. After dropping them at their house, I started the long drive back to Portland.

That was one of my best evenings in a long long time!!! 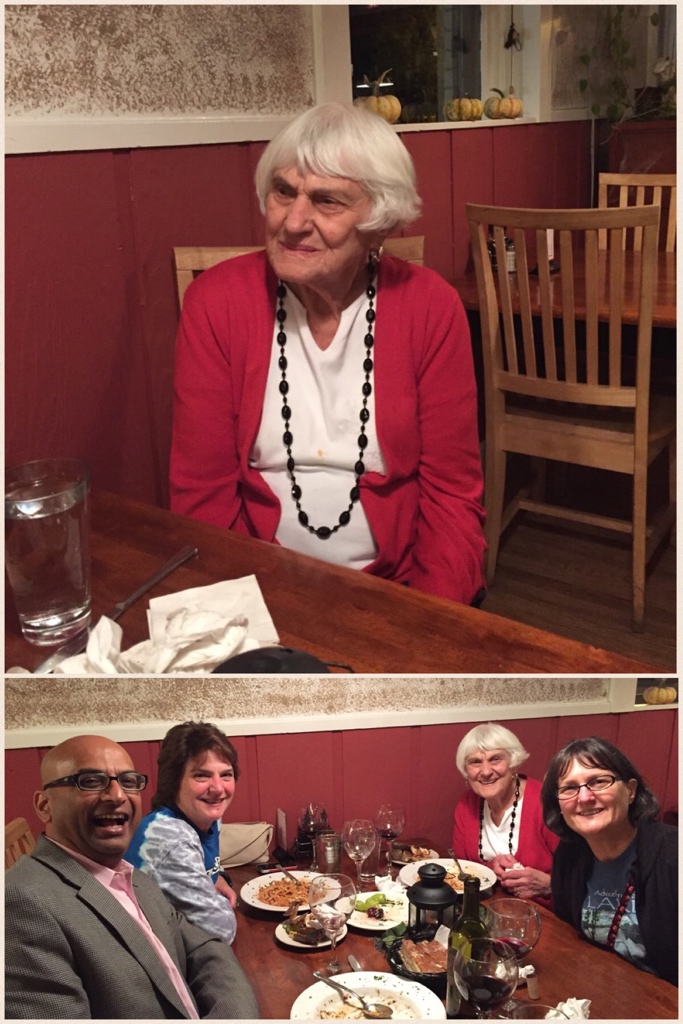