Little did I know as I sank into the luxury chair in John’s plush office that I will actually come up with another intersection point. This was a few months back. I had shown up after office in John’s renowned company offices to discuss some unrelated business and get some pointers around talent. John, being extremely well known in Atlanta circles, was, as he always is, tremendously helpful that evening.

“Tell me about your new company”, he asked.

“Oh! We are a big data and analytics company specializing in geospatial data….” and I proceeded to give a two minute version of what our company is.

“Where are you based out of”?

And I rattled off the large offices we have in Kentucky, Georgia, Florida, Wisconsin, Oregon…

“Oregon?”, he interrupted, “My sister lives there”.

“Where?”, I enquired. Half expecting him to say Portland.

Instead he said “Oh! it is a very small place. You would not know”.

“It is a small town called Corvallis”.

You can only imagine his surprise. I was not sure whether he was more surprised by the fact that I knew exactly where Corvallis is or that there are actually 50 people in Corvallis. In any case, that evening as I walked away, I asked him to send me his sister’s contacts. And promised to visit her next time I would be in that part of the country.

Which I did. Yesterday. Over a cup of coffee.

And boy, am I glad!! Otherwise I would have missed another fascinating person with an incredible personal story. I don’t think I have ever met somebody who knew Bill Gates and Steve Jobs that well personally. In fact, Jean – that being her name – sold the first Apple computer that the retail store ComputerLand had. (Anybody remembers ComputerLand from the seventies and eighties? I think they shut down in the nineties). I was fascinated by her contribution to Open Source movement and her personal association with Ritchie (of the Kernighan and Ritchie fame). Eventually, she sold her start up in the Bay Area and settled down in the quiet pastures of Oregon. She actually lives 45 minutes away from Corvallis in the Coastal Mountains in a 92-people town called Alpine. She followed her passion and love for nature. She is deep into wines – in fact, we found some common connections we had in a few owners of wineries around the area that we both knew.

We spend a lot of time discussing what would be some great places to retire in. I strongly pushed for the case of Costa Rica, Chile, Portugal and Bulgaria. Unfortunately, I had my meetings starting in office soon and so I had to take leave after an hour. I have to come back and finish off our discussions… 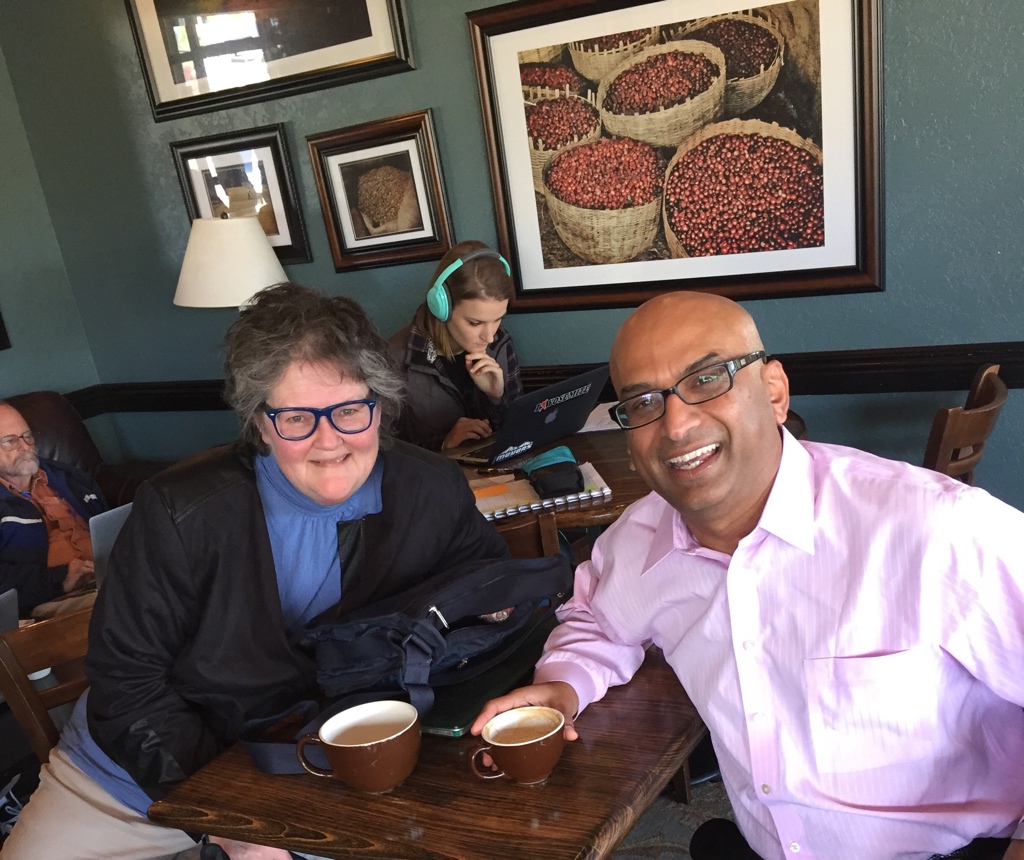