But to me he is the same old Atish Sarkar that I went to first grade with.
Woke up on Saturday morning in Durgapur with the exciting prospect that I would be able to see another first grade friend of mine – the twenty sixth one that I have dug up so far, if you are keeping count – after a very long time. We got separated after 1976 and that was almost forty years back. Not sure how, but a few years back, I was able to get his phone number and I was startled to find out that he remembered me immediately. I had made a promise to visit him some time in Raniganj. And Saturday was the day.

While it is never too late to meet your old friends, in one aspect I was too late. His dad passed away long time back. I owed him a lot of things but there was one I have been ever indebted to him. It was a seemingly innocuous act of getting me an application form from Narendrapur Ramakrishna Mission school and encouraging me to sit for the entrance test. My dad and I were already set on me going to a different school where I had a guaranteed admission. I did give the entrance exam in this other school and I did get in. And against my dad’s wishes then (there is a rather juicy story behind this one – but I will leave it for later), I went to this school. And to this day, my dad and I agree that was the best decision for me. It opened up a lot of future opportunities for me.

Unfortunately for me though, I never got a chance to say Thanks to his dad. I did narrate that story to his mom and expressed my gratitude for uncle’s encouragement. I was lucky that his mom was there that day. She was visiting him and I did not expect to see her at all. It was absolutely wonderful to sit with her and talk about some of the incidents from forty years back.

One of the amusing story was a routine Atish and I had every “tiffin” period – which was basically the recess time when we had our snacks and kicked around some “kodomphool” pretending them to be soccer balls. I had this blue “tiffin” box and my mom would give me bread, banana and a boiled egg every day. He had a silver colored one and I do not recollect what all he brought – but he sure always had a “lobongolotika” (which is one of the best sweets you could find in Bengal). He loved eggs and I loved lobongolotikas. So, the first act during every “tiffin” period would be to exchange those two items. Much later in life, I realized how that must have reinforced the wrong message to both our moms seeing we had finished up all our food in the box 🙂 We had a great laugh sitting at his house and ruminating over such small incidents in front of three generations of women in his life – his mom, his wife and his daughter!!

Before long, I realized that one morning was going to be too little to go thru all our stories. He needed to get back to work. We promised to sit together as five people again and finish up the rest of the stories some day soon! 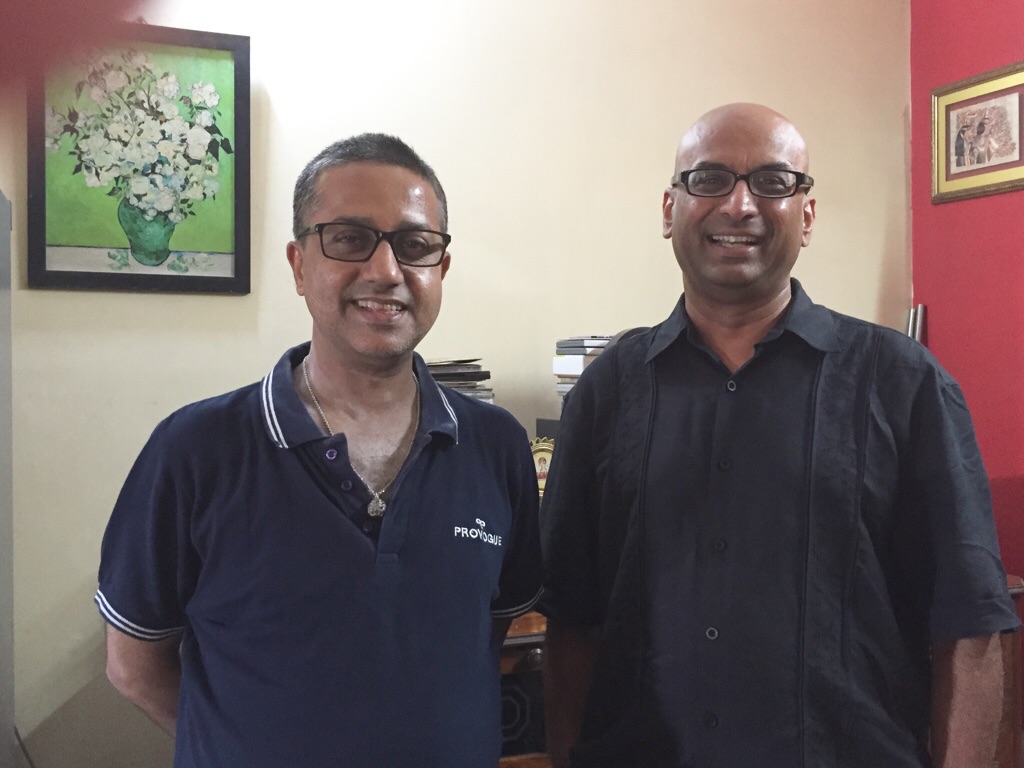