You probably have heard me saying this often before – I am always struck by the difference in the attitude of people as they age between India and US. While generalization of any sort is fraught with danger – and I have certainly seen a few strong exceptions – but by and large, I tend to believe the following: compared to the country I live in (US), folks in the country where I was born and visit often (India), people, as they age tend to have a far less physically active life. And also seem to complain more. I would certainly put my parents in that category. But as I said, I run into exceptions too. I get inspired by those exceptions and that is why I write about them.

Such an encounter happened yesterday. I had a few hours left before I had to say bye to my parents and leave for the airport. I was aware that a gentleman that I wanted to meet for some time was going to be in Kalyani (small town where my parents live now) on that day. He is the father of a friend of mine in Atlanta – Nachiketa. I figured it would be good to go and say Hi to him. I was sure he would be thrilled to know that I live in the same place as his son does and we can talk about a few things. Also, my elder daughter and his youngest granddaughter are very close friends.

Before long, my brother and I were knocking on the door of what seemed to be the right address. There was no response. I pushed the door and it opened. I raised my voice to ask if anybody was inside. Soon, a very elderly gentleman came out. I introduced myself as his son’s friend from Atlanta and that I live in Kalyani too. Now, the last part was not correct at all but I was afraid that he would jump to all sorts of wrong conclusions when somebody comes unexpectedly from Atlanta saying that he knows his son. Eventually I corrected myself and let him know that my parents live in Kalyani but I personally have never done so.

In any case, I had bargained for half an hour of pleasantries – after all he was 86 years old and take leave of him. Turned out it went for over an hour and if I did not have a flight to catch, I could have sat for another hour. What had my jaw drop is that this gentleman – as I said 86 years old – takes the 5 o’clock local train every Sunday from Kolkata (where he lives) and comes to Kalyani where he has a house. He spends the day there and then next day goes to another town and teaches Post Graduate students in a college there. At 86 years old!! He travels in local trains (only people from Kolkata area will know what it is like to travel in crowded local trains)!! And teaches in a college!! I found out that he also spends Tuesdays and Fridays working at the National Library in Kolkata.

The Sundays that he spends in Kalyani – he tends to his large garden. He took us around his garden – with all sorts of flower plants, fruit trees and the like. It was an extensive set up he had. I asked him where did he get all this energy. He looked at me for some time and asked “What else would you expect one to do?”. That was the best answer ever. I was not sure I had an answer.

We went back inside from his garden for a cup of tea. He regaled me and my brother with stories of undivided India from the early twentieth century. (He was born in Bangladesh but moved to India). He had more stories about freedom fighters from those days than I had ever heard before. My brother and I had an absolutely fantastic time! Both of us agreed to meet him again – either in Kolkata or in Kalyani. 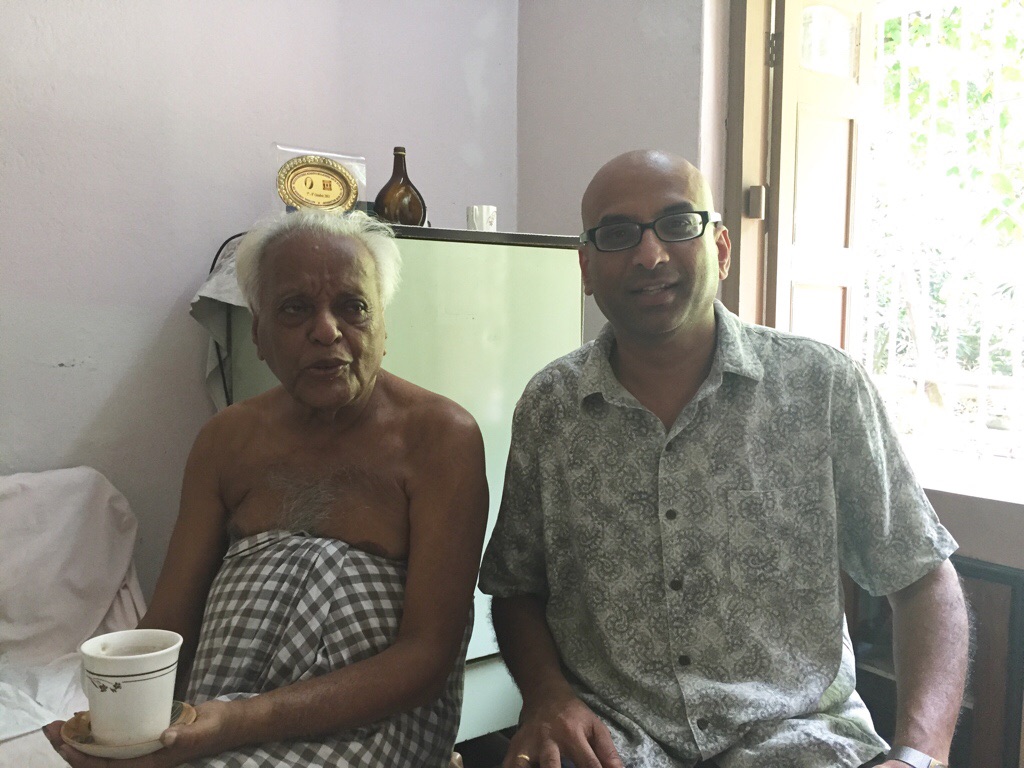