A different kind of “back of the envelope” calculation

I had just come out of an afternoon nap (since I come to India for a few days only, I do not even bother to try to get over jet lag – I sleep for three-four hours in afternoon and about the same at night) and stepped into the living room. In India, if you have an air conditioning at home, it is usually in the bedroom only. So, that makes for some good sleep for me. But when you come out of that room, it is like you cut through a whole room of heat and humidity to get to wherever you are trying to get to. For a person like me, who wears glasses, the “wherever you are trying to get to” is often a large approximation since the glasses get fogged up in about a nano-second.

I sat down on the chair, took my glasses out, wiped them with the corner of my shirt, put them back on and this was the sight I was hit with. My brother in law was calling somebody and my mother was rattling off something from what looked like a large brown piece of paper. Upon closer inspection, it actually looked like a large envelope.

My curiosity got the better of me. After she was done, I asked if I could have a look at the paper. It was indeed a large brown envelope. It had nothing inside of it. However, on both sides of the envelope, she had scribbled a lot of phone numbers. I realized that envelope was her contact list.

I followed her to the kitchen and had the obvious question. Why was she using an envelope instead of a notebook? Her answer was that she did not have that many phone numbers anyways and she did not want to waste a whole notebook for that!!! So, I offered to punch in all the numbers in her phone and keep them stored so she would not have to type them in every time. She immediately protested. Apparently that was getting too high tech for her. She wanted to be left alone with the envelope.

Fair enough, I said. But what if she lost the envelope – which she can be prone to. She agreed that she had no answer to that. I asked her to call me if that ever happened. I let her know that I have all those numbers in my contact list. She agreed that it was the best solution. I don’t think she stopped for a moment to wonder why do I have the phone number of the guy who delivers her milk every morning with me. What I really did was simply take pictures of both side of the envelope on my phone and saved it. I will have to send her two printouts when I get that call !!! 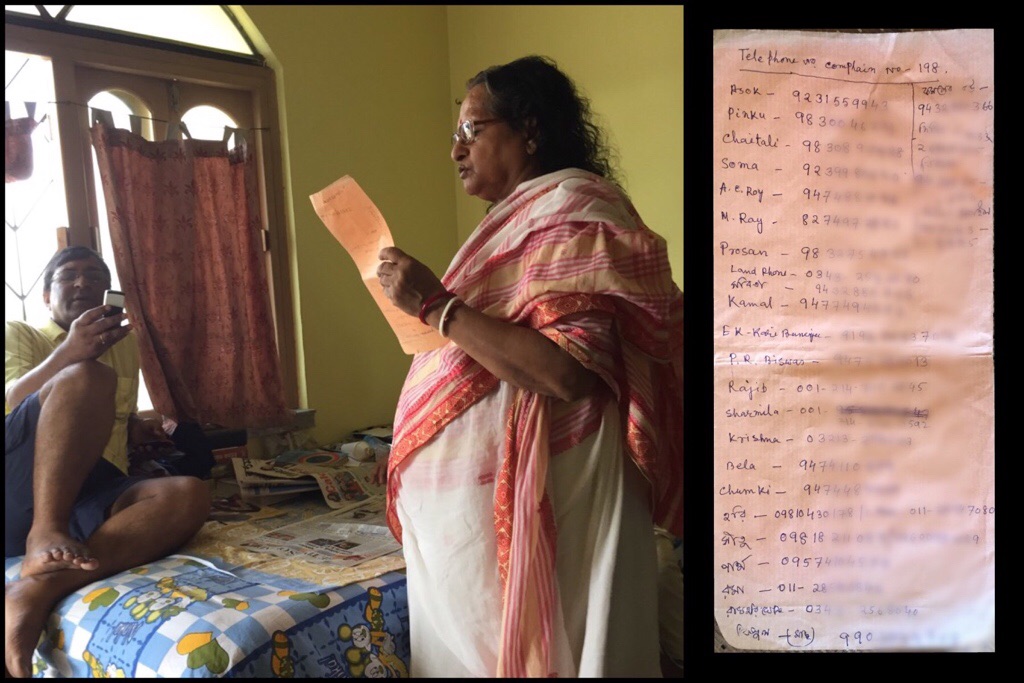