Sometimes he was “Sir”. But mostly he was “Uncle”

I was heading into Durgapur from Kalyani when I had to run thru my list of To Dos or rather To Visit items for the day. Other than my in laws and my own uncle – who are Must See for me – the options are as wide as they can be. This is where I grew up, went to school till tenth grade and consequently knew a lot of folks from my past. Every time, I try to a meet a few folks – some long lost friends from yesteryears and some parents of my old friends. It used to be that I would go around meeting my friends but they started losing their parents at such a cadence that I have often prioritized meeting parents higher than friends in the hope that I have longer time left to meet my friends.

So, as I was running thru the options in my list, the first person I wondered about actually had a dual identity for me. He was the dad of a first grade friend of mine – Mousumi Roychowdhury – with whom I have kept in touch (mostly by phone) throughout the years. But he was also Dr. A.N. Roychowdhury – the math professor in our local engineering college. And he helped me a lot during the tough junior and senior high school years. All those calculus, trigonometry, algebra became much simpler because of the time he took to sit me down and help me get them nailed thru my thick head. There was a summer that I had come home from my residential high school and I would show up multiple times a week to get some pointers at his home.

I not only remember him for those great classes and his mild mannered style of carrying himself and his passion for the violin but also what used to happen after those classes. Since I had a special identity of not only being a student but also his daughter’s classmate, I would meander into the kitchen area after classes. And auntie (Mousumi’s mom) would sit me down, chat with me and insist that I partake of tea and some snacks and sweets. Which was my reason to meander into the kitchen area to begin with!!! She was kinder to me than I probably ever deserved.

I called up my friend in Singapore, got her dad’s address and couple of Google Maps maneuverings later, I was knocking at a house in City Center, Durgapur. Uncle (I would interchangeably call him Uncle and Sir – it is that duality of identity again) came out. He had no idea who was at his door. So, I gave him my name. He thought for a while and asked “Bappa Biltu-r bondhu”? (he asked me if I was the same Rajib Roy that was his daughter’s and another common friend’s friend). Everything fell in place in his mind once I answered in the affirmative!

A couple of minutes later I got to see Auntie again. Age has crept up on both of them. But for both of them, the same old smile and hospitality and kindness has not left them. I stayed back for more time than I had planned. I was overwhelmed by their welcome as well felt extremely great to have seen them again. About 30 years later. I do not know about them but I absolutely had the best time of my life with them.

In fact, I missed them so much after leaving them that I made it a point to call them before boarding my flight to start my long journey back home. He asked me to Skype and email and phone whenever I could. I got to put that on my priority list when I get back home. 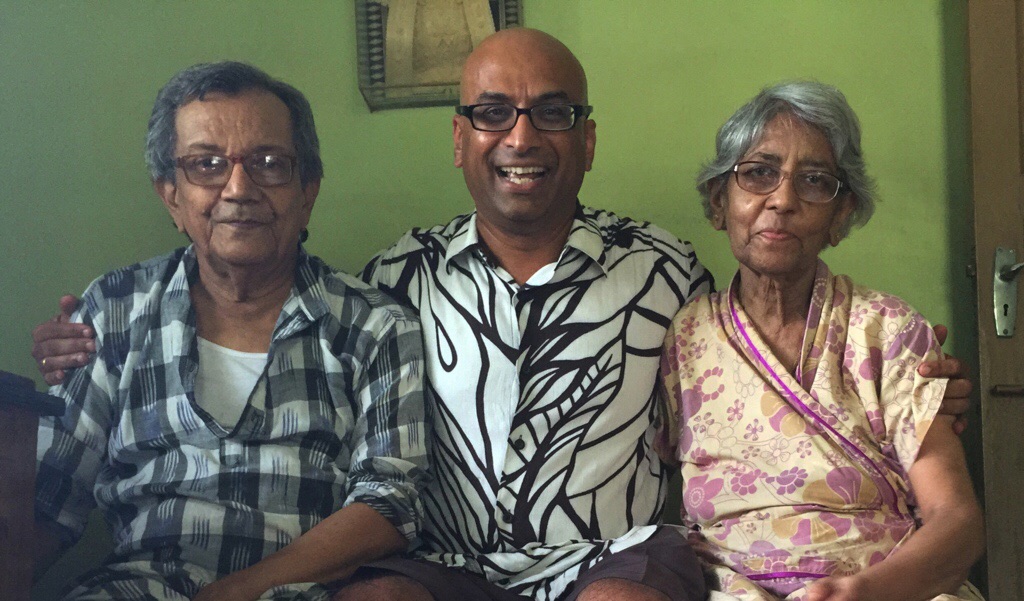