As in Delhi, many of the middle school friends in Durgapur put a gathering together for the evening that I was there. A few more did not make it, however the get together was graced by the presence if some of the spouses.

The whole camaraderie thing has remained undiminished thru the decades although the subjects of discussion have become more age appropriate. For example, for the first thirty minutes we found ourselves talking about blood pressure, sugar level, knees hurting, annual physicals and such till somebody called a time out declaring “Hey! We have become our dads”!

We all agreed and moved on to more interesting topics like work, family, school and such. But mostly, we picked on Prodipto 🙂 BTW, the last time I had seen Jyotishwar was in 1983!! 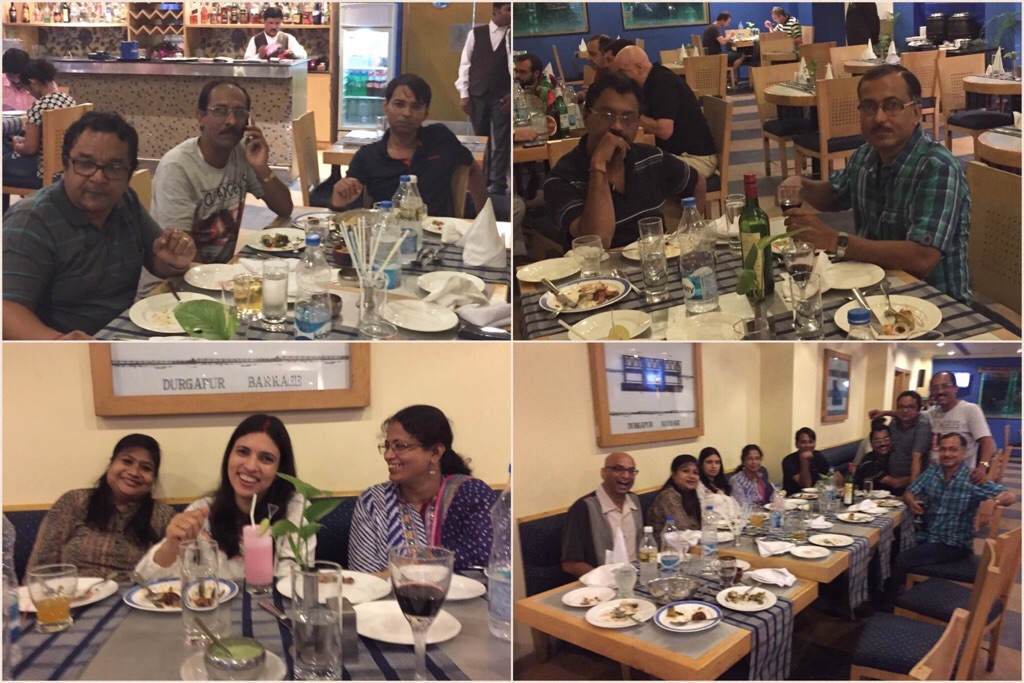