This morning, as soon as the nephews woke up, I took them down and tried a few trick photographs. After being interrupted many times by bikes and dogs and pedestrians on the road, we got one shot that we liked. In case you were not aware, this is a simple trick in panoramic mode and does not involve any stitching or anything. Then we moved on to the real fun part. I asked them to show the picture to my dad and see what his reaction would be.

As you can imagine, his reaction ranged from hilarious to outright hysterical. It took him a few minutes to realize that the same picture had two instances of the elder grandkid. That is when his total confusion started. At one point he said “Jora lagiyechhis…” (“you have put them together”) and then quickly corrected himself .. “O! Eta to phone-y. Etey to aathha cholbey na” (“But this is a phone. Normal glue will not work here”).

He kept on staring at the picture and then came to the conclusion that one of the identical nephews is actually not the real one. We must have dressed up my niece to look like the elder nephew. To disprove that, the nephews enlarged the picture by zooming in and left no doubt that both were the original versions of the same nephew.

After about ten minutes he gave up. He handed the phone back with the comment “Aamar khabar-e kichhu missiye dili naaki?”. He asked if we had spiked his food in the morning (with alcohol or something). Which, I guessed, was his last refuge of explanation on why he was seeing “doubles” 🙂 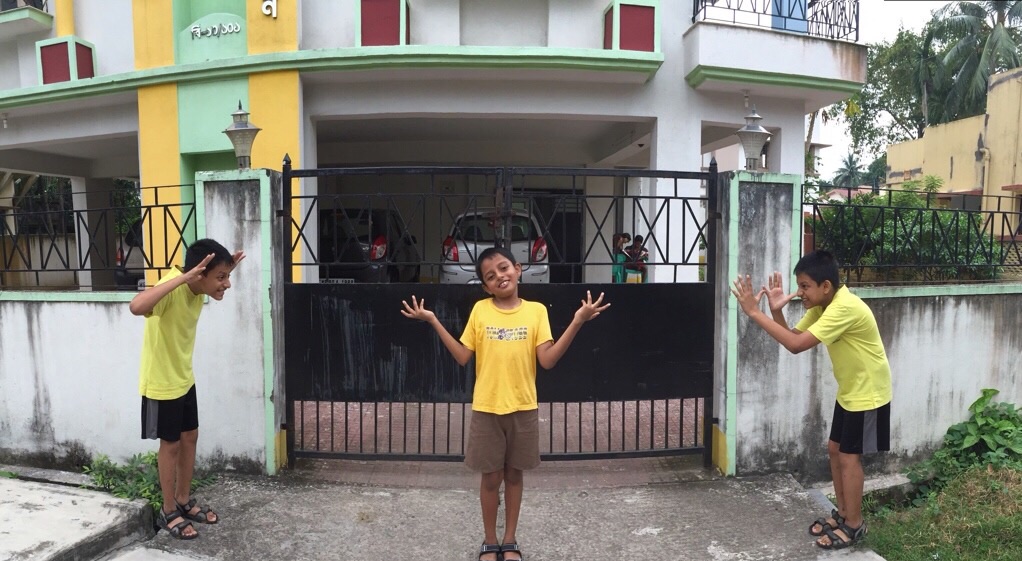