One more classmate from the yesteryears visited…

My office meeting in Delhi had just gotten over. I was getting a little sleepy with the jetlag. But I also realized that I do not get a chance to visit Delhi much – this one was after more than ten years. There were enough old classmates to dig up.

Since the earlier I knew a person in my life, the more the priority I try to give to seek them out, I went as deep as first grade this time. There was this girl – Nishi Jain – who I was in the same class with – in first and second grade. Then we shifted to different sections and eventually different schools. She was the topper in our class. My lasting image of her was that one day when our school bus broke down and the second bus had to ply the two routes our school had. First the bus picked us up and then eventually picked her up. As we approached the bus stand, I could see all the other kids playing and throwing stuff. Nishi was standing under a tree, studying her school books. That lasting picture probably describes Nishi best. Very conscientious, very studious and you could not ever put her name and the word “mischief” ever together, even if you wanted to.

Anyways, a couple of phone calls and a Google map search later I realized that Delhi traffic was going to cost me an hour just to reach her place. Decided it was worth it. And I am certainly glad I did. It was absolutely thrilling to see Nishi after a long time. In fact, from her house, we went to visit her husband who has recently opened up a new plastic surgery clinic. Both of them have grown up to be very successful doctors!

All these days I had tried to keep up with Nishi – she had let me know that she was not a technology person. She had an email id but she never checked it. Somebody had opened up a FB account for her, but she has never logged in. Which is why, whenever I had to get in touch with her, I had to call her up.

Not any more! Now that her son has gone to the US to study last month, guess what? Anything I wanted from her (like contacts, old pictures etc), she was like “Oh! I will Whatsapp it to you”. I guess that is how she keeps in touch with her son these days. She even demanded that I open up a Whatsapp group for our elementary school batch. I was decidedly feeling Amish at her swift conversion to technology.

Somewhere, a picture flashed in my mind where Nishi, in her late forties, was standing under a tree in Delhi and studying up and down the Whatsapp manual. But I did not mention that to her 🙂

It was magical to see an old friend though!!! 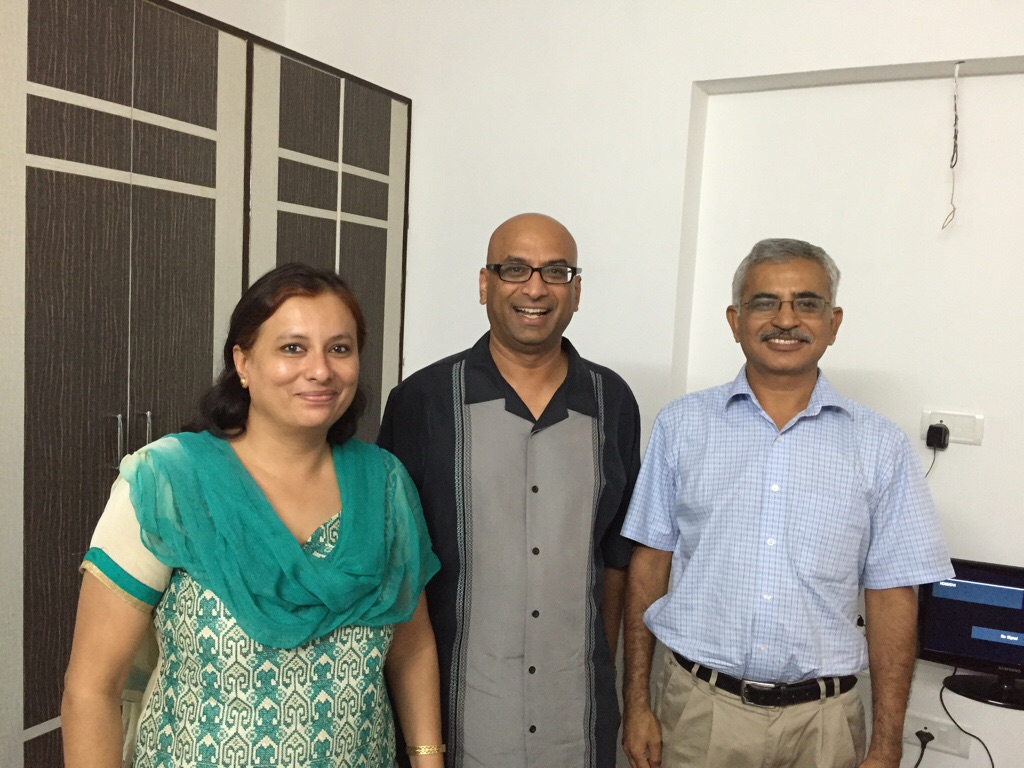