I mistook her for somebody else; so I ran with her!!

That is pretty much the short version of what happened. The long version – or as some of my friends bored of my long blog stories would call them – the “See More” version of the story goes somewhat like this.

Somewhere late last year, Facebook suggested that I might know this lady called Anuradha Malik. The face looked familiar – I remember her being in my MBA school and I noticed that all our mutual friends were our classmates from that school. I was not particularly close to her or anything but we had talked a few times in campus. I was not sure that she would remember me. However, never one to lose a chance to make FB friends, I sent her a friend request.

In a couple of days, FB let me know that she had accepted my friend request. From FB, I found out a few more details e.g. she had two daughters just like me and that she lived in Delhi and such. I also noted her birthday down in my diary. Figured one more birthday call to make every year – but it would be a good way to keep up with an old classmate.

This Feb, I wished her a happy birthday on FB and asked her for her phone number. Which she was foolish enough to share 🙂 Anyways, I called her up to catch up and wish her again. A few minutes into the call, I realized something was not clicking. It was a little strange that she was talking about a few people that I had very little knowledge of – mostly because they were one year junior to me. And she also was having difficulty remembering some of my friends.

And then I realized what had happened. I had a memory lapse and I confused Anu Malik with Anu Nayak from my batch. Anu Malik – who I was talking to was one year junior to me. Once I realized that, everything became very simple. I did remember a few things about her and the friends she used to hang out with. But I did not own up to her about my lapse that day!!

We kept talking about running. She was wondering if it was too late for her to start running. I, of course, kept encouraging her to start slow and steady. I told her about the oldest man who ran a marathon (102 years old Indian guy in Canada) who started running at the age of 81 because he was getting bored of life since he had just lost his wife!!

One thing led to the other and eventually Anu did start running. In fact, this Sunday, she ran her first 5K race. I followed up with her next day on FB asking her about the run. I still remember my first 5K. I knew it would be special to her. And then I let her know that I would be in Delhi the next day and if she had recovered from the race, I would more than happy to put in a run with her.

That is how our running appointment was fixed. I went in earlier to Lodi Gardens and put in a 5K run by myself and then waited for her. She had told me that her running group would be there too. I was excited about meeting another running group and run with them but most importantly, catch up with Anu.

I saw her after 24 years but she was easy to spot in the crowd. We split from the running group and put in a 4.5K run by ourselves. We talked about a lot of our college friends and our daughters and how they are growing up in different environment than ours and such.

In the end, she came to say bye to me and see me off in my car. (I think she went back to stretch with her running group). As we walked to the car, I finally got the guts to sheepishly bring up an old topic. I finally let her know that I had actually mistaken her for another person when we talked first. But I am glad things turned out the way they did. Otherwise, I would have been deprived of a chance to run with a college junior of mine!!!

She was characteristically graceful about it. Now, my next assignment is to make sure that the original Anu (Nayak) never reads this blogpost 🙂 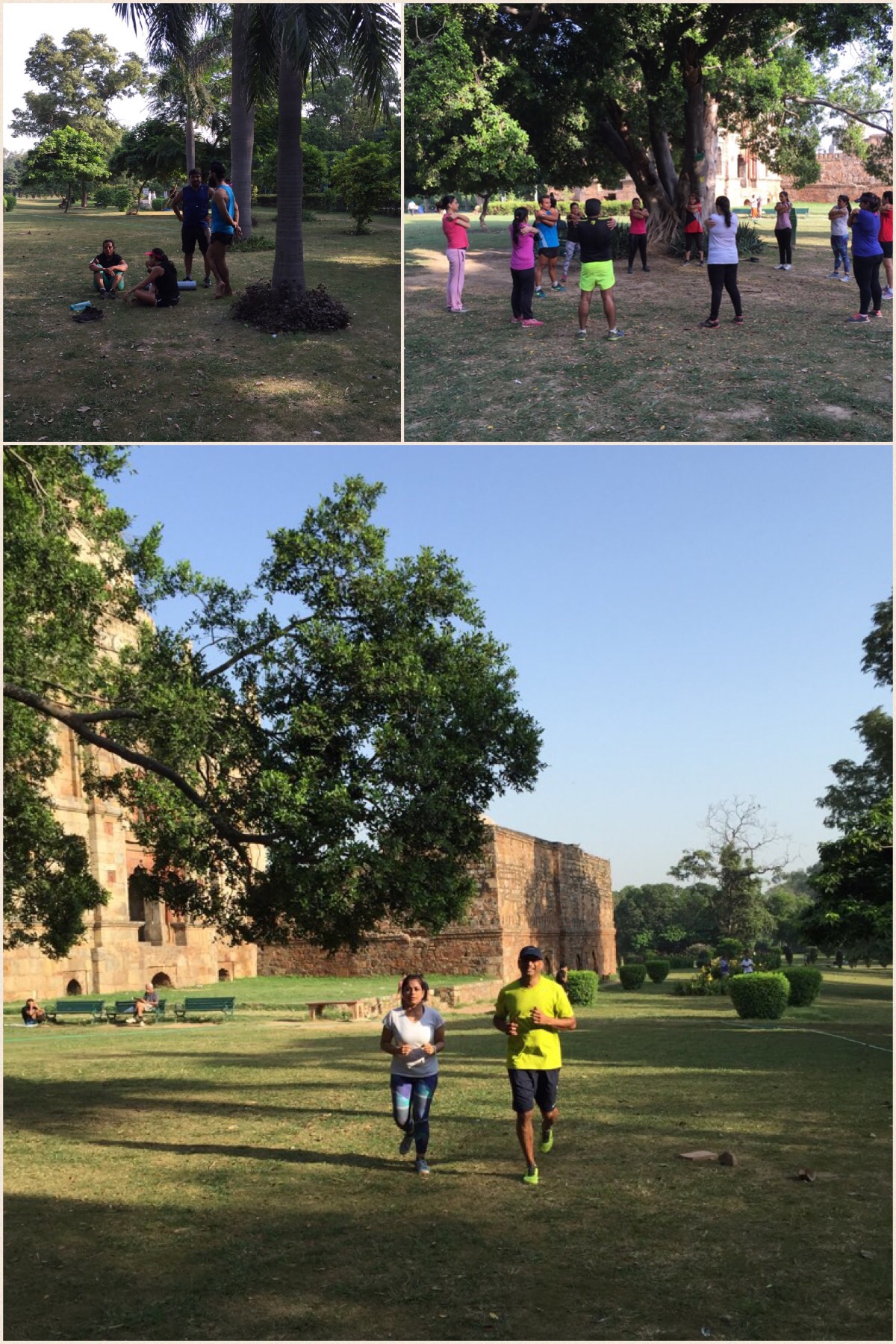