Finally got to meet that person!!

Remember the story I had written in June, how a friend – Shirshendu – that I had heard about for a long time but had only met for the first time in January, that too in Dubai – had shown up at my dad’s place with another classmate of mine? Do you remember how my parents chuckled at his shaved head and was relieved to find out that I was not the only person sticking out? And how they never breathed a word about the fact that he had to shave his head because he had just lost his dad? And that is why he was visiting Kalyani? And he showed up to my parents’ house just to say Hi and spend some time with them?

Well you might remember also from another prior story when I first met Shirshendu that I found out he had gone to Dubai to sell books and then he worked himself up to be a top executive in a large construction company.

I knew exactly what to do when I stepped out my dad’s house this evening. I had to go meet Shirshendu’s mom. There is a song in Hindi that goes “jiski rachna itni sundar, woh kitna sundar hoga”. Which means, “If the creation is so beautiful, I wonder how beautiful the creator must be”! Google maps on my iPhone, accompanied by my sister and brother in law, I hit the road. For once Google maps met its match. The house numbering system in Kalyani was way too confusing for Google. I would not blame it. B-3/172 is next to B-3/18. But B-3/168 is not even within half a mile of B-3/172. Had to make a few phone calls to Shirshendu to get ourselves straightened out.

His mom is an amazing person. She reminded me a lot of Suparna’s dad (remember my friend whose mom has an advanced stage of Alzheimers but her eighty old dad was the most cheerful and inspiring person I had ever met?). In spite of all the recent difficulties she has gone thru – and she now lives by herself and does not go out for walks any more due to her knees – we did not hear her complain about one single thing during the whole hour we were there. I really wish I had taken my dad and mom with me 🙂

People say you are as old as you think you are. You have to see her to realize that physical ability and even life tragedies are but mere obstacles one needs to get past – not hobbled by. At the age of sixty five – when most people are thinking about the sunset years, she started learning recitation. And soon started performing on TV. In fact, right now, she is getting ready for an interview to be held in a nearby city.

She has a great group of friends, still exercises and does Yoga daily and even had toyed with the idea of whether she should learn how to sing. Now there is a person after my heart. Never say it is too late. Never follow the crowd. It is one life you will live. Live it on your terms.

I think I found out the answer to that Hindi song this evening!! 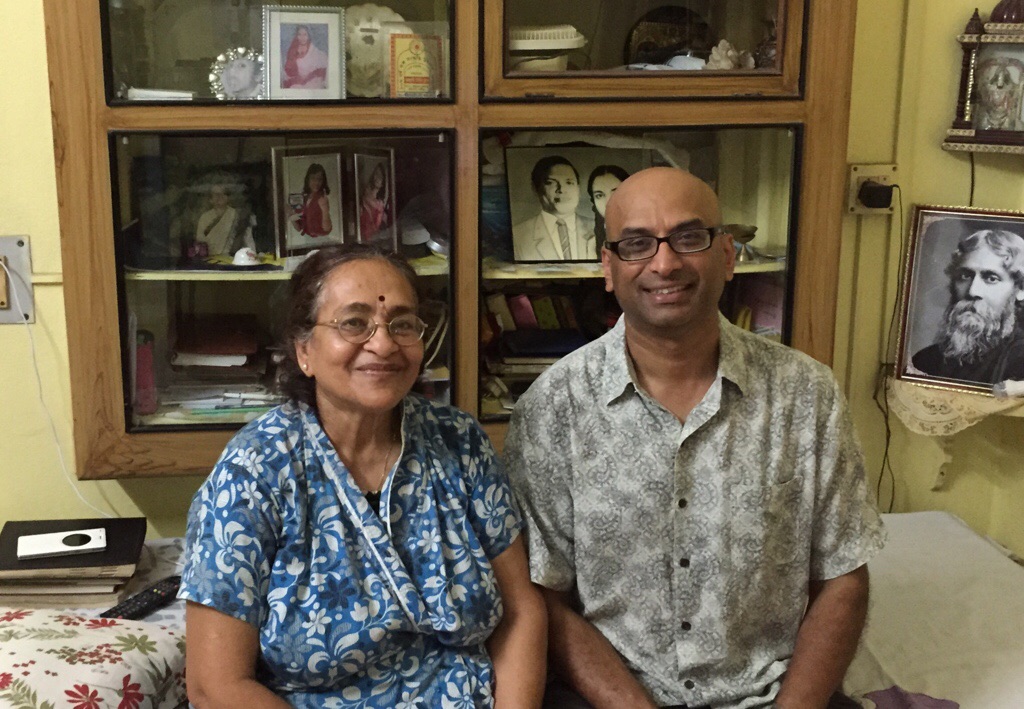