A few things you can always rely on…

There are a few things you can always rely on – you know like death, taxes, irritating emails or calls from me reminding you that you are one year older, my blog posts showing up on FB with a “See More” link and such…. 🙂

You can add one more to that – and that is my classmates from my middle school having a get together in their city at the flimsiest excuse. So, when somebody like Deepak Bansal found out that I would be in Delhi for a few hours, the whole machinery went into action. Frantic calls were being made, stern reminders were coming from the likes of Amlan that his own flight would land at 9:15 and nobody were to leave the party before he showed up and such. You would think that some Carmel school classmates were coming to town. (there is an age old connection between St. Xavier’s and Carmel school in Durgapur – and they would probably understand the above sentiment). In reality, it was far more harmless – it was just me.

But thanks to the effort taken by Deepak, Amlan, Kushal, Sushil, Shounak, Biplob and Aniruddha on a working day, I found myself in a beer bar surrounded by some of my most memorable friends from a very impressionable age! Some of them I saw last about 32 years back. I was stunned how Sushil recollected the exact day he saw me last in 1984. I do not know what we were talking about – but we did laugh a lot. Something about “Past Imperfect, Future Tense”, as I reckon 🙂 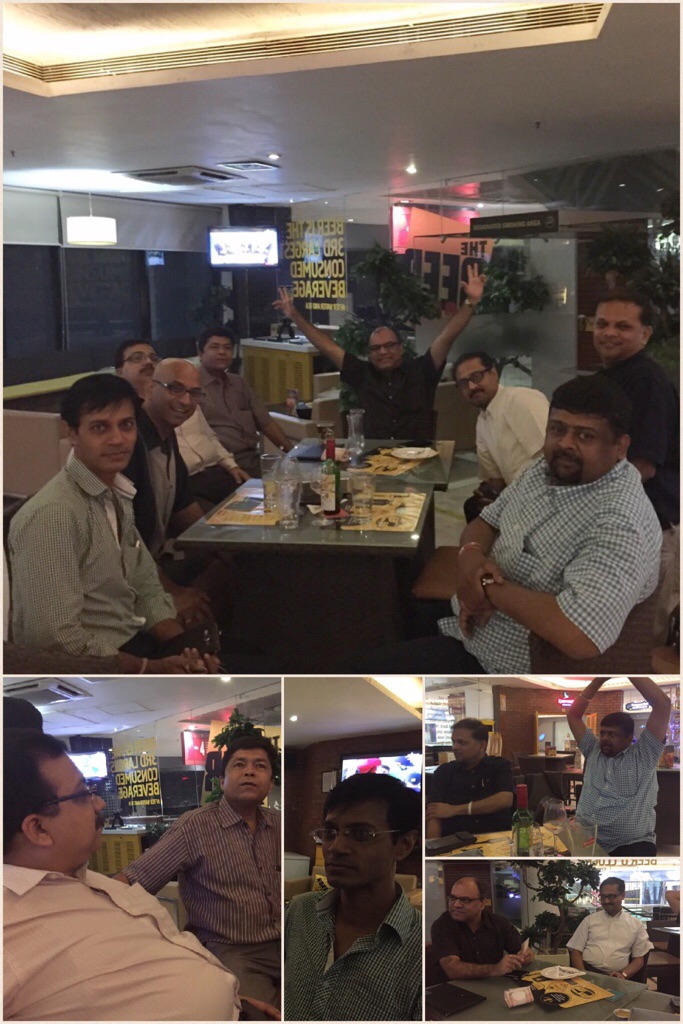