I have been preparing for a few days for my next trip to India to see my dad. Since this time I have a detour to another city (some work related stuff), I have been making a list of people I know in that city to see if I can create some more intersection points. It was in that context, I called up Aniruddha Sen in India. My classmate from early school days. In fact, we were in the same classroom in ninth grade (section B). I have not seen him in over 32 years, although I have talked to him – mostly on his birthdays.

An email came back the next day essentially letting me know that the reason I could not get thru was that he was in flight. Flying to my city Atlanta!! He would be here for a few hours, he let me know – although busy till 9:30PM for work. 32 years versus staying up late – it was not even a question in my mind.

At 9:30 PM on this Tuesday, I finally met – after many many years – the guy with whom I sat in the same room six hours a day for days together!!! Getting to see Aniruddha Sen was a reward unto itself. Getting to know how well he and his family was doing was simply unbelievable!! 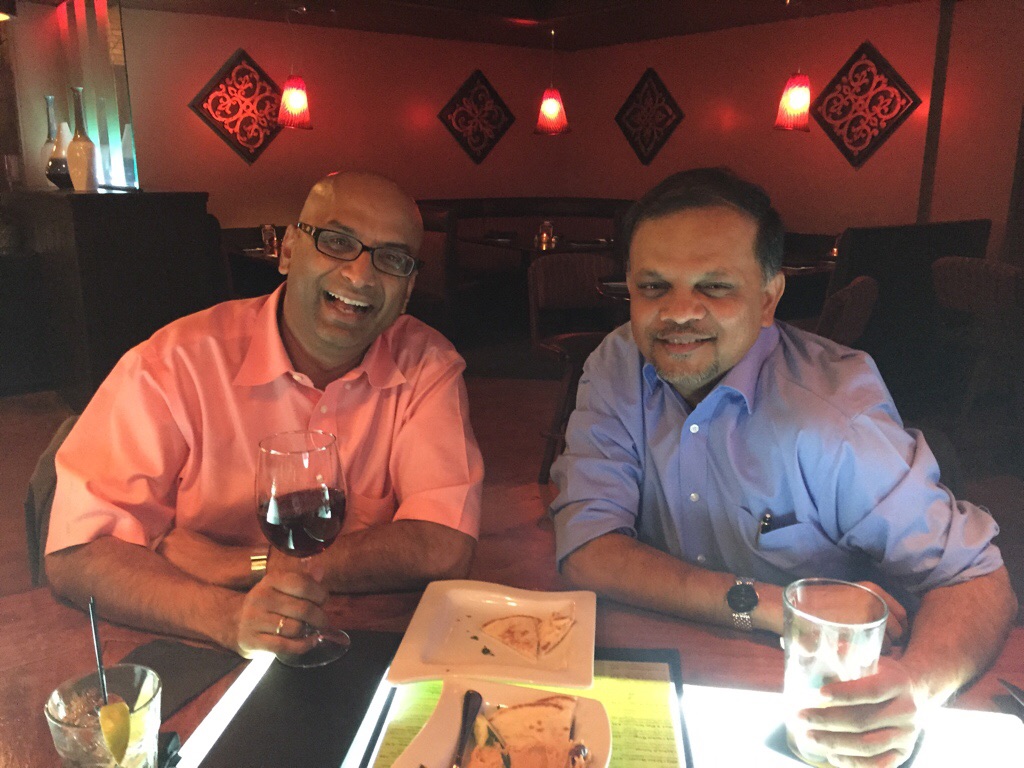