Do I look wet?

0 miles: Showed up at 6 am to put in a long run. Did not realize how dark it would be. Reluctantly ran in the park where the street lights were there. I say reluctantly because the roads were hilly and I was worried it would cut down on my miles.

7 miles: Enough of daylight. Took a break. Grabbed some water and headed towards the trail. And that’s when I realized that the trail was flooded (see picture). Which meant I had no option but to run in the gentle hills for the rest of the run. And some of those hills were not as gentle as they claimed.

12 miles: Took another break just as the Sunday running group Chalupa was finishing. A group picture later, headed back to the hills with a refill of water. And that is when I realized I could have as easily left the water behind. It became very dark very quickly and started raining incessantly.

15 miles: The roads were overflowing with water. I was absolutely soaking. But the rains had given me a second wind. I was splashing my way up and down the hills. All the cars filled with soccer players returning from the field after their game got interrupted must have thought I was crazy or something. Then the worst thing started happening – the lightnings came. It got too dangerous. Saw another runner on the roads. Pulled up to him and we chatted and decided to take some shelter. I was actually willing to keep going if he wanted to run together. Did I mention he was at least 7-8 inches taller than me? I thought I would be safe against any lightning 🙂 I think he saw through my ploy 🙂

Ten minutes later, his wife showed up to pick him up. So, I was let all by myself. It was still raining hard but not much of lightning or thunder. Decided to hit the hills again.

20 miles: I was done. Totally wet, extremely chafed by the heavy and wet clothes, I opened my shoes and socks and just laid down in the rain for some time and enjoyed every bit of it… That run took 3 hours and 38 minutes today. 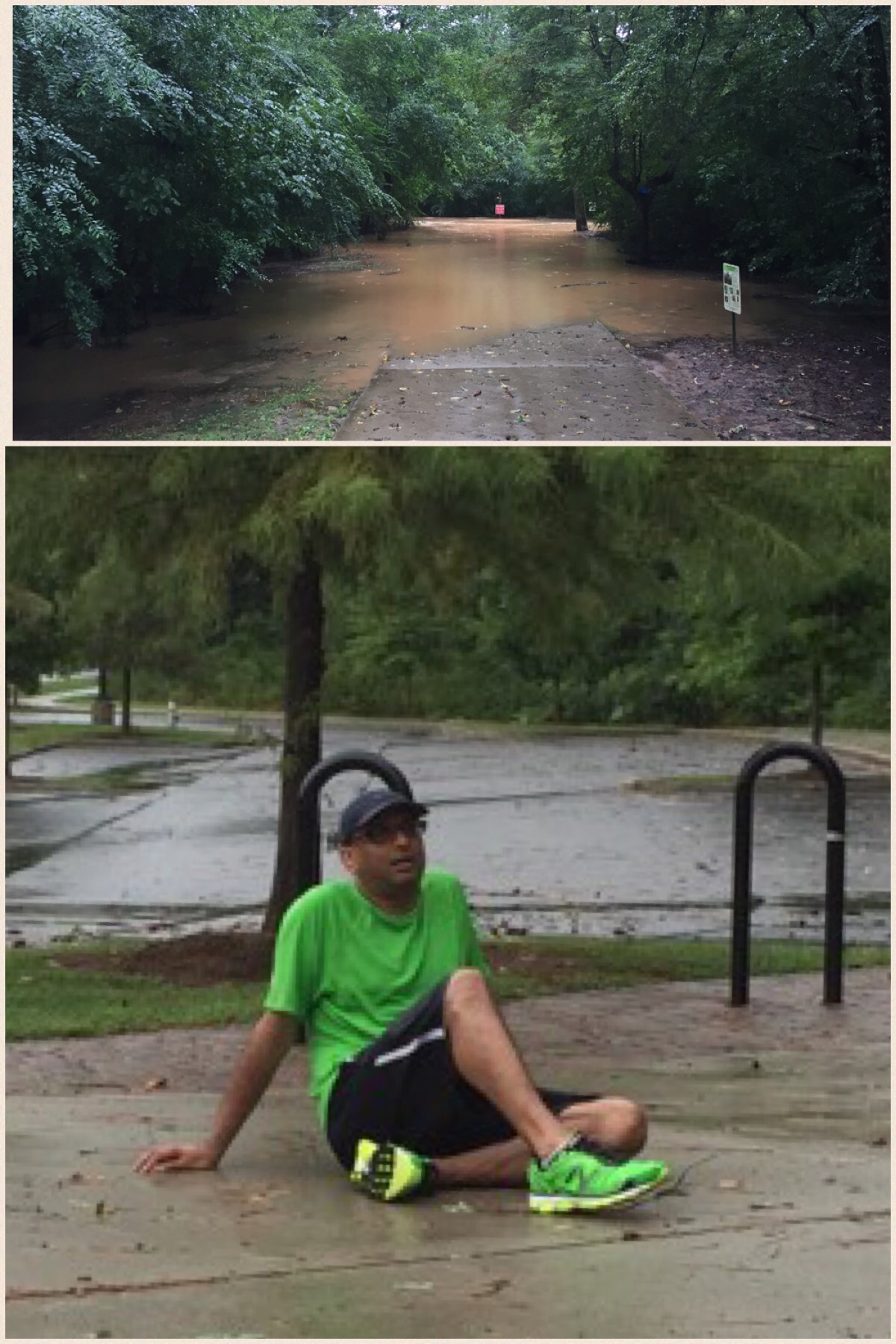