It is not uncommon for me to get a message from a friend of mine who has decided to get out of Facebook since it was consuming too much time. Sometimes, I wonder if I m better off too without Facebook. It probably will free up some time. I certainly am not a big fan of some of the posts that I read that I think are best discussed and debated in a more intimate forum than Facebook (which is not exactly a discussion platform) e.g. religious beliefs, political beliefs etc.

Then there are days like today that makes Facebook totally worthwhile for me. Neal Rajdev read my post of Multnomah Falls and realized we were vacationing in the same city! Long story short, a few phone calls later, on our way back from the beach, we found ourselves in front of a beautiful house in Beaverton and in the middle of a big family get together!

Neal and I worked together two jobs back. I had the fortune of meeting his lovely wife Kim and his wonderful mom. But today, I got to see his beautiful daughter Avia. Unfortunately before I could take her pictures when I left, she was fast asleep. But I am proud to say that she did become friends with me before that. Admittedly, a bribe of an iPhone was involved somewhere to break the stranger anxiety 🙂

I got to meet Neal’s extended family. Met his dad for the first time. Also his brother Suraj and his wife Monica. His dad used to live in Portland and is visiting after 30 years!! I also met his sister who is visiting from India. What is really cool is that I got to meet an elderly gentleman and his wife who actually introduced Neal’s dad to his mom!! 40 years back!!! And they were together today again after three decades!

The story does not end there. I also met Neal’s mom’s siblings and their families. Many live in Portland and one in Corvallis. Coincidentally, those are the two cities we have offices in and I visit regularly!!

Sharmila and I were completely taken in by Neal’s family’s grace and hospitality. I met most all of them for the first time in my life but you could not have guessed it in the way they made us feel like part of the family. Wonderful family!! This trip for me was totally worth just for that hour or so at Neal’s family’s place. That family’s beauty far surpassed the beauty of the waterfalls, mountains, beaches and wineries we saw. If anyone of you is familiar with this part of the world, you probably know that, that is saying something. 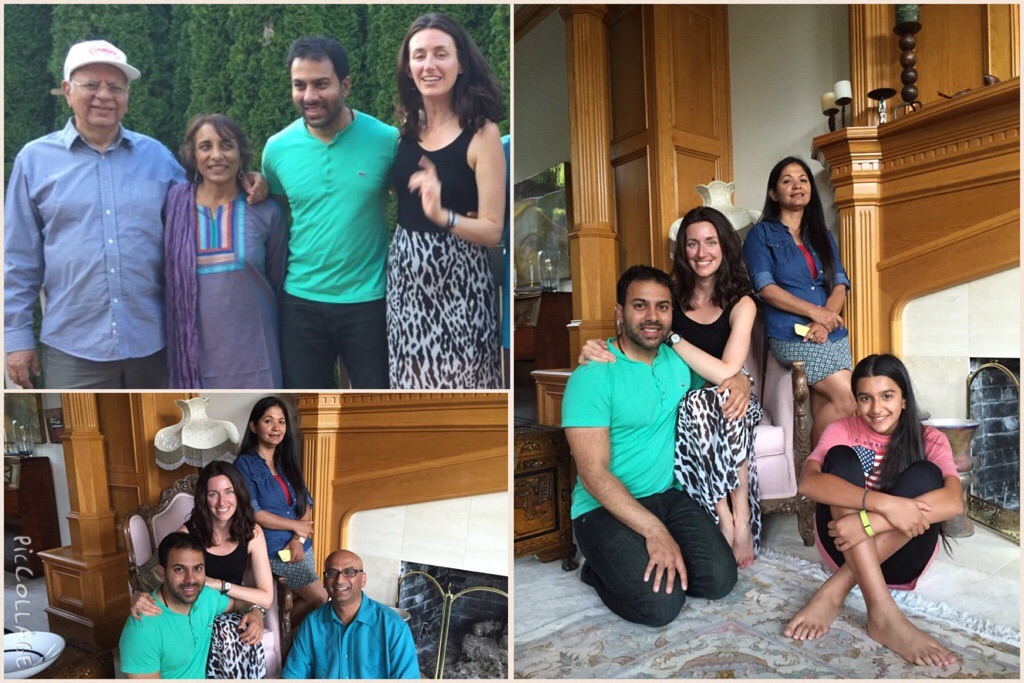