Last evening, Natasha and I arrived in Chicago and had the evening to ourselves since her summer camp check in was going to be today. I asked her if there was some friend she wanted to visit. She said, “not really”. I asked if she would want to visit the family of one of my friends. Surprisingly, she said “yes”. I was expecting her to say – “you go ahead, I will hang around in the hotel room”. After all, she had her phone and a free wifi connection 🙂

In any case, half an hour later we found ourselves in front a nice house in Chicago suburbia. Moment the house owner opened the door, I had flashbacks of days over thirty years back. For that is the last time I saw Ranajoy. One year junior to me, we studied in the same middle and high school. I saw him last when I left high school – his junior year.

His dad also was my brother in law’s (Sharmila’s brother’s) teacher. And I missed him by the whisker. He left Chicago a few hours before I showed up 🙁 I was aware that we lost Ranajoy’s mom a few months back. I still remember her evergreen smile. Unfortunately, I will not see her again 🙁

One evening was too little to catch up on our days in between. We gave as best a shot as we could. And this was while I was also getting to know his wife (Madhumita) and his son and daughter. It was absolutely a magical evening. After a couple of drinks at his house, we all went out for dinner. On top of all the memories, I also was gifted a CD of Ranajoy’s songs. (He is somewhat of a professional singer).

On our drive back, I asked Natasha – “You were quiet most of the time. Were you bored?”

“No”, she said. “Actually I don’t know how you keep up with people you have not met for thirty years but it was cool hearing the old stories”.

This is Natasha. Dad is something to be embarrassed about. Not find something cool in.

I need to get me some more of these evenings… 🙂 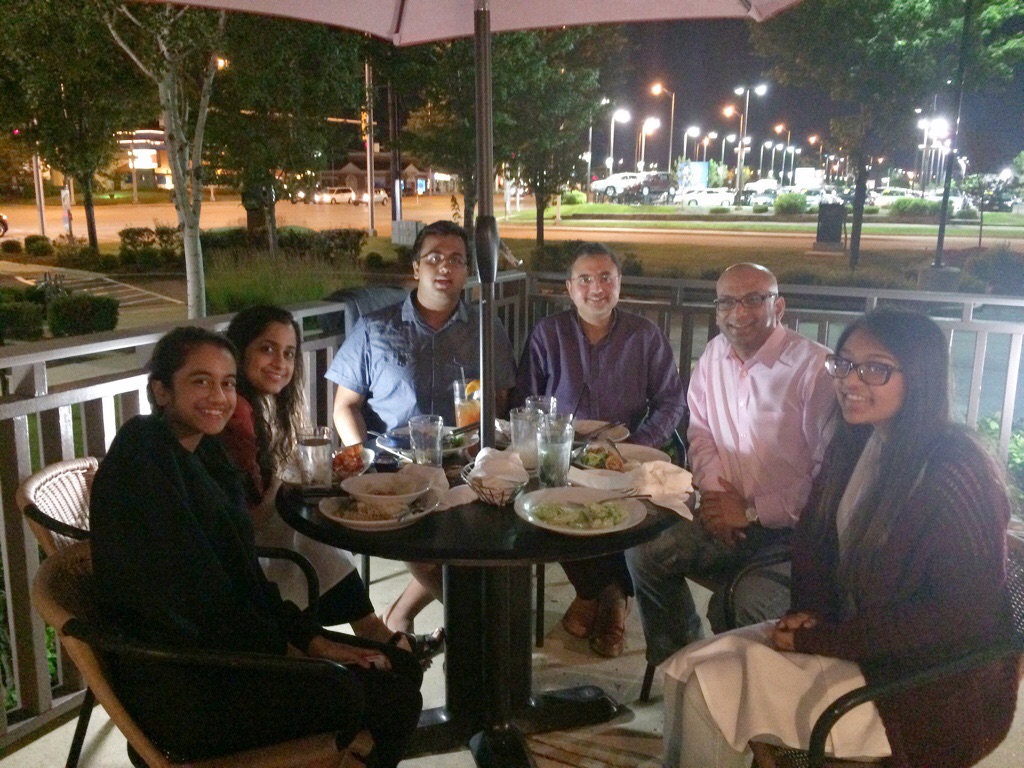