An interesting new friend from Verona

My family and friends were all roaming around Verona – ostensibly visiting Juliet’s house and Arena and all that – as I was going from street to street talking to people and whenever possible, downing another glass of Barbera d’Asti. Then a shop caught my attention – it was a fountain pen shop. A very small one at that.

Anyways, I went inside and looked at the pens on display. None of them caught my fancy but I did strike up a conversation with the elderly gentleman sitting there. I asked him if he had any true original Italian fountain pen in a fine tip. I also showed him a picture of the collection I have. It was immediately evident that he did not come across fountain pen dieahards too often.

Before I knew anything, he locked up his shop and took me for a walk to another place – and there was a much bigger fountain pen shop there. He introduced the lady inside as his wife and introduced me to her as a “collector” (first time ever I felt vaguely cool about myself). They sat me down and told me the story of his family over a cup of capuccino.

I got to know how Rudi’s – that was his name – father had applied for a license to open a fountain pen shop in 1939 in Verona. Italy, under Mussolini, was in the middle of the World War that time and it took him a year to get license to open a shop. And he dedicated his rest of his life to making pens and selling them. His son and daughter in law later expanded on that business. They do not make any pens now but sell high end fountain pens. manellapens.it is their website.

He then handed me a book on history of fountain pens from Italy and refused to accept money for that. I did land up adding two more to my collection – an original Delta (which is I think the only real Italian fountain pen company left – it is like the Alfa Romeo in cars) and a MonteVerde (which started in Italy but is now produced in USA also).

Finally, I took a picture of them and promised to stay in touch!!! 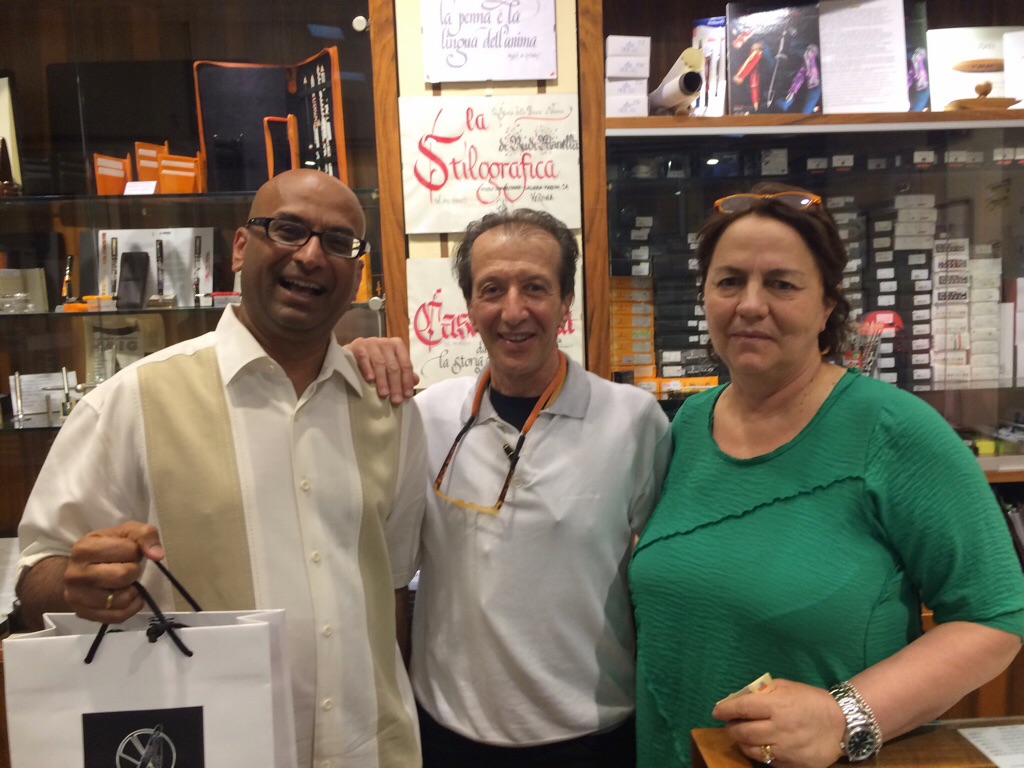