Making random friends on the way…

We were on our way to Verona. On the way, somebody needed a bio break. So, we took the first exit off the highway. It was a totally old, broken down village. Most of the buildings were dilapidated and it was clear that the best days of the village were behind it.

As we casually trolled the streets, we found one small place with a sign saying “Bar” and even more enouraging sign saying “Open” (in Italian). Why a bar was open so early in the morning was something beyond me.

In any case, we went in hoping to find some clean bathrooms. And I am glad that we did. Not only did we find clean bathrooms, but also we got to make friends with the owners of the bar. There was really nobody there other than them. I depserately wanted to find out more about their village – so I went up and tried chatting them up. But there was a problem – they could not speak English at all. And I could not speak Italian or the language they were talking to each other in. I gave “Ni Hao Ma” a shot in the dark and they excitedly responded!! So, I figured they were Chinese – but that is pretty much where my knowledge of Chinese ended too 🙂

Eventually, I got our driver to be the go between (to translate between English and Italian) and found out that they were from Hanzhou district near Sanghai. Husband and wide emigrated to Italy seventeen years back and after learning the local language, started a small coffee bar. Which has now become the bar that we were all at. Apparently, most of their business today is from the workers from a couple of old factories nearby.

We all had some Italian capuccino and took some pictures of them. Unfortunately, they did not have any cards for the store (yes, it was that remote a village in Italy!!).

If I ever go back to Italy, I would love to go back there and spend more time with them. Very nice people. 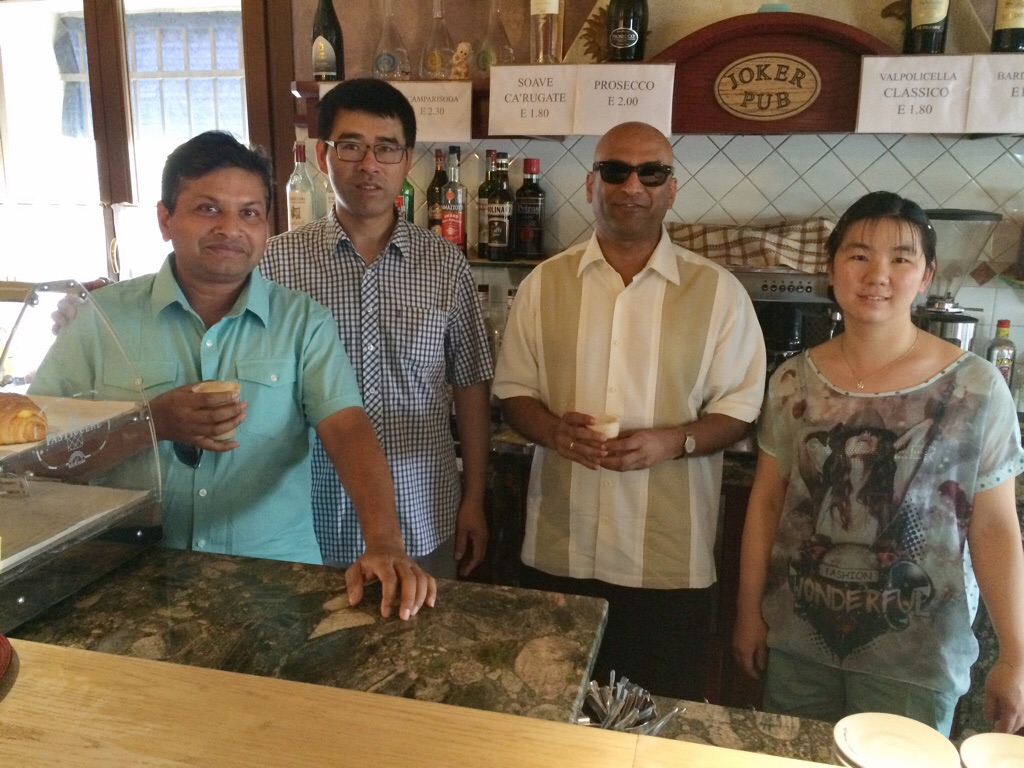