Sometimes it is about learning a new language…

… and sometimes it is simply about getting water.

As the family and our friends were busy visiting the places that you evidently come to Florence for, I took a different path and made friends with random people on the streets and took some random pictures. So, if you are expecting to see all the grand stuff that Italy is famous for, you will be disappointed. It is probably going to be more like seeing Italy thru a completely different (and uninteresting) lens.

Once the family and our friends went off to Basilica di Santa Maria Novella, I hit the streets to check out the rest of the city. The first order of business was to relieve myself. Which was not the difficult part – since most restaurants in Italy seem to have restrooms.

I did what I would do in US. I assumed it is an automatic one and tried to keep my fingers/hand close to it and started gesticulating wildly to see if it would trigger the sensor. Next, I closely inspected the tap and came to the realization that in reality, there was no sensor. I was truly stumped. I tried quite a few things – including tapping the tap on the head and even tried to move the whole tap up and down. More deperate than thoughtful, I even pretended to walk away and then suddenly turned around to see if I could fool that particularly obstinate tap 🙂 Nothing doing!!

Almost ready to give up on my fight, I tapped into (apologies for the bad pun) my Indian “jugaad” and asked myself what would I do if that was my restaurant and the tap was malfunctioning. Of course, I would close the valve at the bottom of the sink to stop water from flowing at all.

Quite confident of myself, I stooped down to check for a valve under the sink. And it is then that I noticed a funny looking stick sticking out on the floor – almost looking like a pedal. Unconsciously, I pressed it with my foot. At that point I would press just about anything to see how to make the tap work. It was not about the water. It was an issue of my prestige versus that of the tap 🙂

Speaking of which, prestige was indeed restored! That was the pedal!! Turned out, pressing it with your feet was the way to get the water flowing!! Who knew???

Later I found out a few more restaurants that had the same contraption (not all though). One even had a hot and cold water controls – one pedal with a red shoe and one pedal with a black shoe !!

One more thing learnt during this trip… 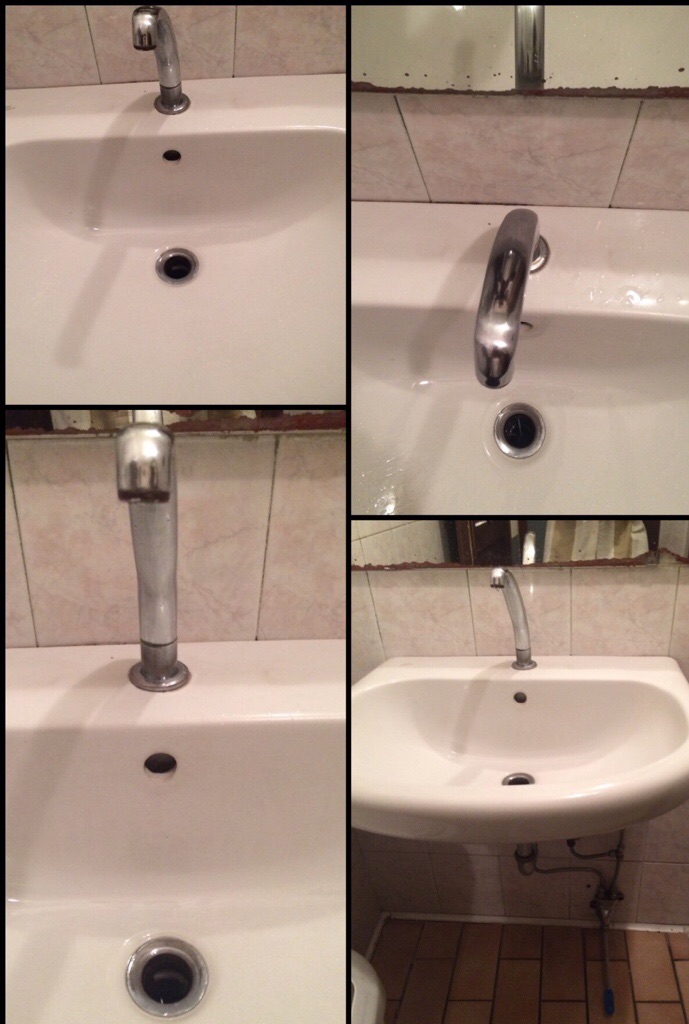