About a year back, on July 15, 2014, sitting by the pool chatting with my visiting in laws, I had made a remarkable discovery. A lady we knew – I had never met but Sharmila had – who had lived in Atlanta and Dallas (just like us but we did not overlap) and who used the same nanny that we had for Nikita when we left Dallas and was a close friend of my closest friend (Amitesh) in Atlanta – turned out to be a relative of mine. Very distant though, I must say. I think my father in law’s sister’s husband’s brother’s son’s daughter is Bidisha. I had called her up that day to let her know about my discovery and she had dubbed it Cosmic Connection.

This Sunday, I finally managed to meet her at Amitesh’s house!!! 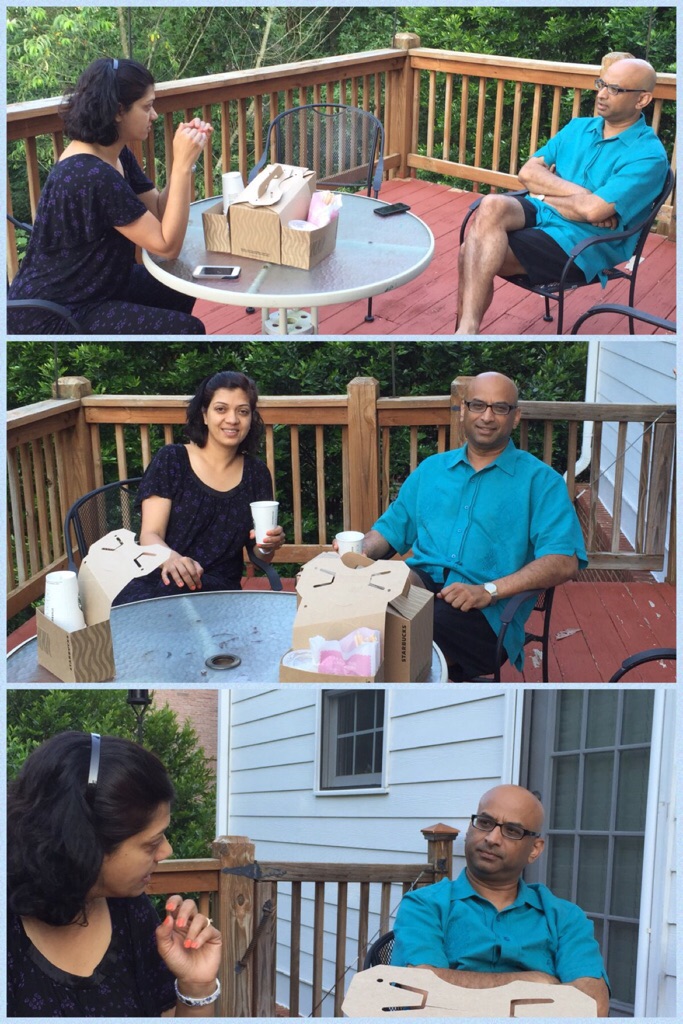