My brother, nephews and myself marched into my dad’s house this afternoon and found him asleep in his bed. Which is what we were expecting. Half an hour later he woke up and in the first sign of physical improvement, instead of continuing to lie down, he got up and sat down in the bed.

And then something happened that showed that mentally he is bouncing back too… After asking about my flights and such, he called the nephews closer to him. In a sign of good spirits, he asked them “amakey tora dujona miley knaadhhey tultey paarbi to?” Meaning – “you two can lift me up on your shoulders right?” in an apparent reference to the walk to the crematorium after his death.

Riku – the elder one – was trying to do the math in his mind around weight and shoulder strength. Rishu – the younger one – gave it less than a second’s thought and said “Keno? Truck daakbo.” (“Why? We will rent a truck!”)

We are off to a good start!! 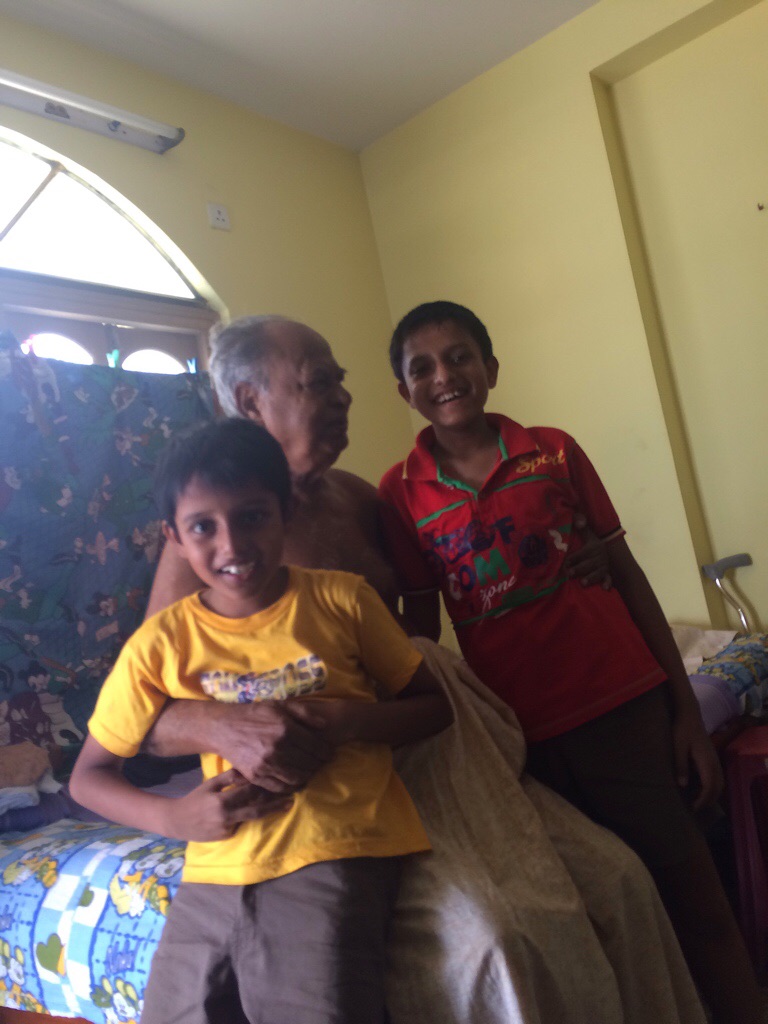