The much anticipated evening went off without a snag. In reality, by the dint of the fact that the meeting lasted for four hours (originally I had planned for two), one might even conclude that it was a smashing success. To understand the backdrop of this meeting, read here.

To put all the emotions and enthusiasm – of the first time three folks who crossed each others’ path (but never together) more than three decades back actually sitting down together under the same roof – in a few paragraphs is gong to be way beyond me. I can give you an idea how it started. As Piyali, Jayita, Rajaram (Jayita’s husband) and myself got together, my pleasantries included “Rajaram, you look different”. Rajaram, the soft spoken guy he is, demurred that nothing really has changed in the last three years. Not willing to give up, I suggested, “Maybe you did not have a mustache before?”. Our doubts were settled finally (in my favor, I might add) once I went to my blog and fished out a picture of him from three years back!! And that is when we all settled down for a nice bottle of wine!!

Of course, I had met Piyali a few minutes before and my first reaction was “Where is the rest of you?” 🙂 She has dropped an unbelievable amount of weight. We got a few minutes to discuss her multiple attempts to drop weight over the years and finally how the kettle ball exercise clicked for her. We also talked about running and how to get started in a gentle way into long runs…

It was magical catching up on each others’ families, the old friends we had crossed paths with in the past and our experiences of living in three different countries. The evening was worth just remembering some of those souls from our past (and adding to my “must visit sometime” list). The gravy was catching up on our families and personal lives.

Of course, intently listening into the girls’ conversation as they talked about their old crushes (while I completely feigned I had no idea who they were talking about) is something I am hoping to leverage to the hilt some day. Okay, maybe I have deleveraged already since Rajaram (Jayita’s husband) and I laughed about it later anyways!!!

Before I knew it, my ride to the airport was ready!!!

I am not sure I can put the three of us together ever again. But I sure hope that will not stop us from getting together in pairs… 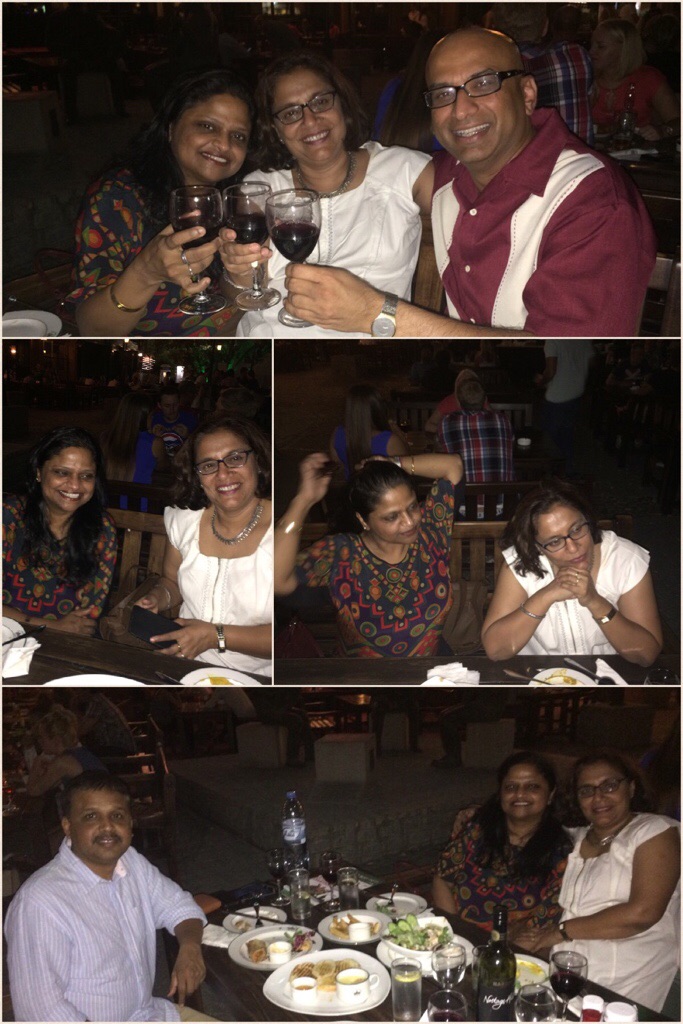 Posted May 18, 2015 by Rajib Roy in category "Intersection Points", "Vacations