Today we ran as the flag of Azerbaijan

We were expecting more Chalupa runners given that temperatures have started rising. But I guess all the late night partying is still keeping the members in their beds late into Sunday mornings. Today it was Samaresh, Arup and myself. And then at the end of the run, we met up with Manas too who had started later than us. Personal highlight of the run was running into Tom Aliff from my previous workplace.

But the most interesting event happened before we had even started the run. The three of us had blue, green and red shoes on. Which led us to wonder which country has those colors in its flag. A little Google search later, we found out Azerbaijan!!! You can see our shoes and their flag in the picture 🙂

I was trying to remember when had I heard about Azerbaijan first. I think it was in the first Tintin I ever read (third grade) – Crab with the Golden Claws. “To be precise”, as the inimitable detective twins Thomson and Thompson would always say, “a ship called Karaboudjan that derived its name from Azerbaijan”. And those were the funniest, bumbling detective twins I have ever come across. 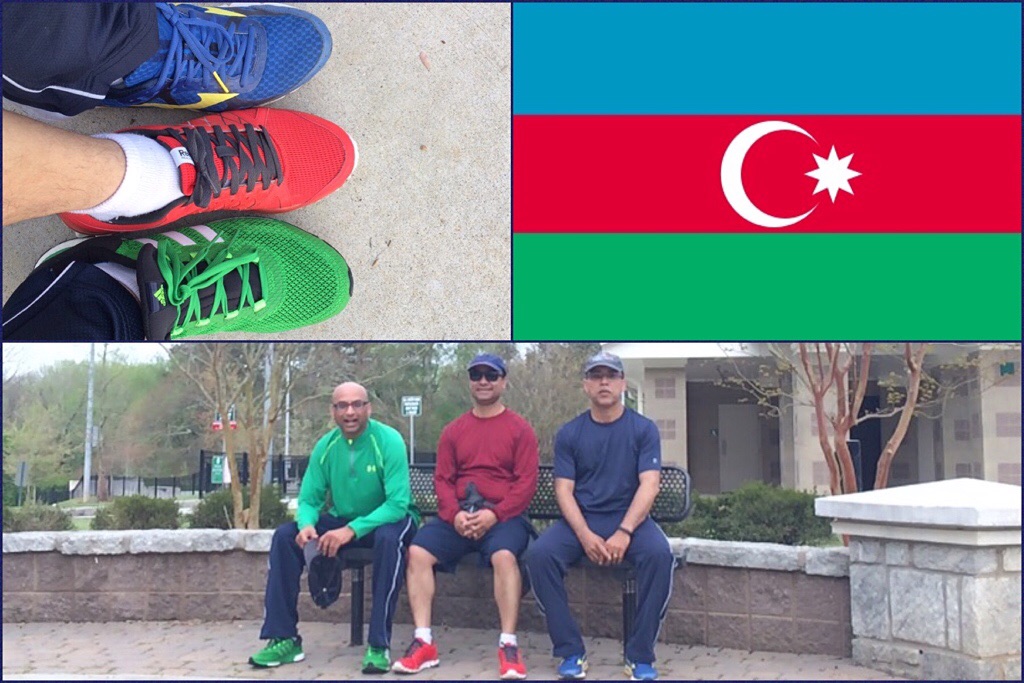