I am glad I decided to join Sharmila…

I am the one who is always making new friends and reconnecting with old ones when I am on the road. While in California, on Sunday, Sharmila had set up to meet an old friend of hers that she had not seen since 1988, I guess. I had figured I was going to take care of the kids as she met up with her friend and possibly the family. She insisted that I join her too. Which I did. And I am glad I did so.

Else I would have missed meeting a wonderful couple – Dipti and Sanjiv. What was supposed to be meeting two entirely new people turned out to be meeting two people with unbelievable number of intersection points. Let me see how many I can remember…

Dipti:
Turns out her mom and my mom taught in the same school for a few years. (Next day, my mom was thrilled to know that I met up with “Srivastava-dir meye”). Dipti and Sanjiv are both from the same college that my brother went to (couple of years later). Dipti’s dad was best friends with a gentleman who I have considered my best counsel all my life (more on that in a subsequent post!!!). Then Dipti talked about a Karthik Srinivasan – and I let her know that Karthik and I started our first jobs together in Bombay in the same project. And one by one those mutual connections kept on getting discovered!!!!!

Before I forget, the most impressive thing about Dipti – her attention to physical well being. You know, I feel good running up our street a bit here and there. She has hiked down Grand Canyon and up the next day. She has hiked from Cuscao to Machupichu – that is a 5 day hike! 5 days!!!

Sanjiv:
The big connection between Sanjiv and myself, we found out, was the supply chain world. He worked for a company that was once my customer. Then he worked for another company that was a partner and competitor for two companies that I had worked in. And finally, he has his own supply chain company. We probably spent half an hour just rattling off names and giving each other updates on our old colleagues / friends / customers etc.

Sharmila and I eventually realized that we were terribly late for a dinner invitation. We apologized and excused ourselves. As we were exchanging contacts before we split, Sanjiv sent me a LinkedIn invite. And looking at my connection list, his quick question was – “You know Deb Bhattacharyya”? “Sure”, I said , “in fact, it is his house that we are getting delayed for dinner this evening”!!!! That was another crazy connection point!!! 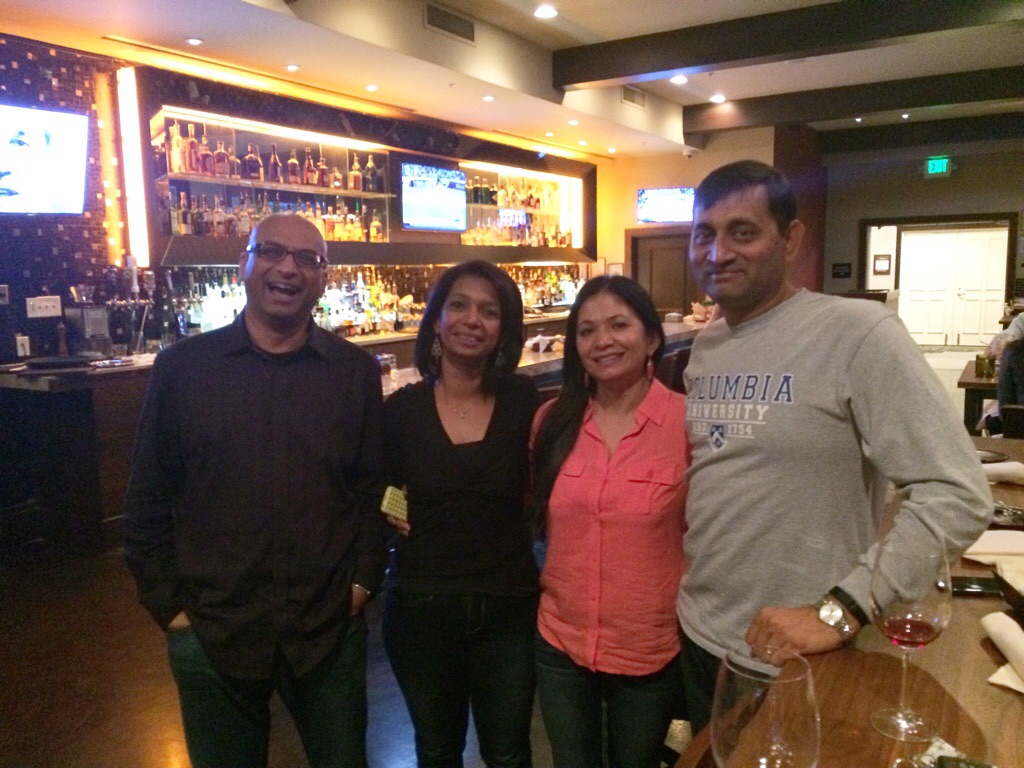