It had been a long day. I was returning home. And a teammate was connecting thru Atlanta. I knew I wanted to go home as early as I could but I could not resist spending an hour with this teammate of mine – if you knew Mark Meade yourself, you would know that I am not the one to blame.
Anyways, the whole idea was to go to a bar and order something and talk a little about business. We sure went to a bar. And ordered a drink.
And the rest of the plan fell apart. We just started talking to the two persons on our either side. And the four of us just kept talking as if we had been friends for a long time! Eventually, we found out that both were chefs – one (Ron) for the much acclaimed “One Flew South” at Atlanta airport and the other (John) had a business of his own. As strange as it might sound, they found out that they were in the same business at that bar while talking to us. And that too because John had missed a flight!
Mark and I was like – “Forget work…. Let’s find out what a day in a chef’s life looks like….”
We had a great evening.. 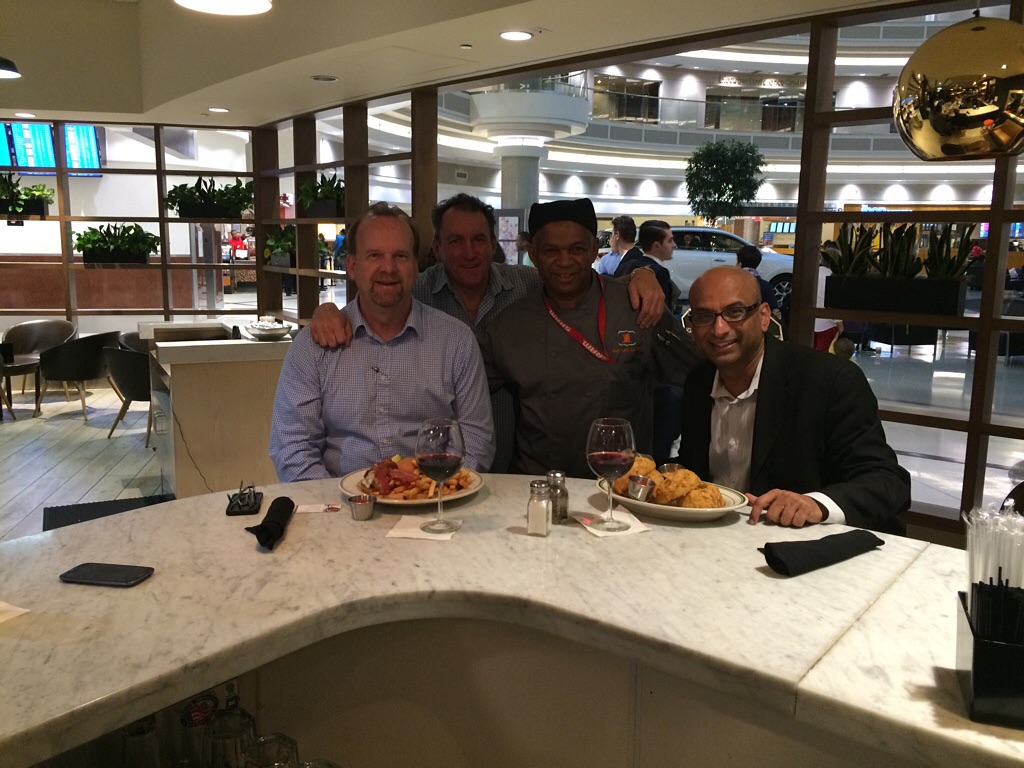