New friend from this morning!

One more of those Monday mornings. In the airport very early, long queues for TSA Precheck (much longer than the normal ones) and thousands of people milling around like a retinue of ants in your yard. I kept up with my usual routine – checked in my suitcase (it is one of those that you carry on with you but I have started checking in so as to let me board the plane as one of the last passengers in a unhurried fashion), walked to the one TSA PreCheck line that I know is usually shorter and then instead of taking the train, started the long walk to my Terminal in the underground tunnel.

Somewhere during that walk, I saw this gentleman. First, I thought it was recorded music. And then I noticed it was he who was playing it. He was playing the saxophone so beautifully that I had to stop there and hear him play for about ten minutes. And then during his break, I found out from him that Atlanta airport has started this program for local musicians to come and perform live at the airport. It was then that I recollected that a few minutes back, I had indeed passed another gentleman playing the piano (on a keyboard though) in the large atrium area between North and South side of the airport (before security). I should have taken a picture of him too.

Atlanta airport has a great Arts program where it features a lot of local artists of all age and their creations in the airport. It was great to see them promoting music too!

In any case, I was getting late. As he went back to his saxophone, I resumed my long walk again…. 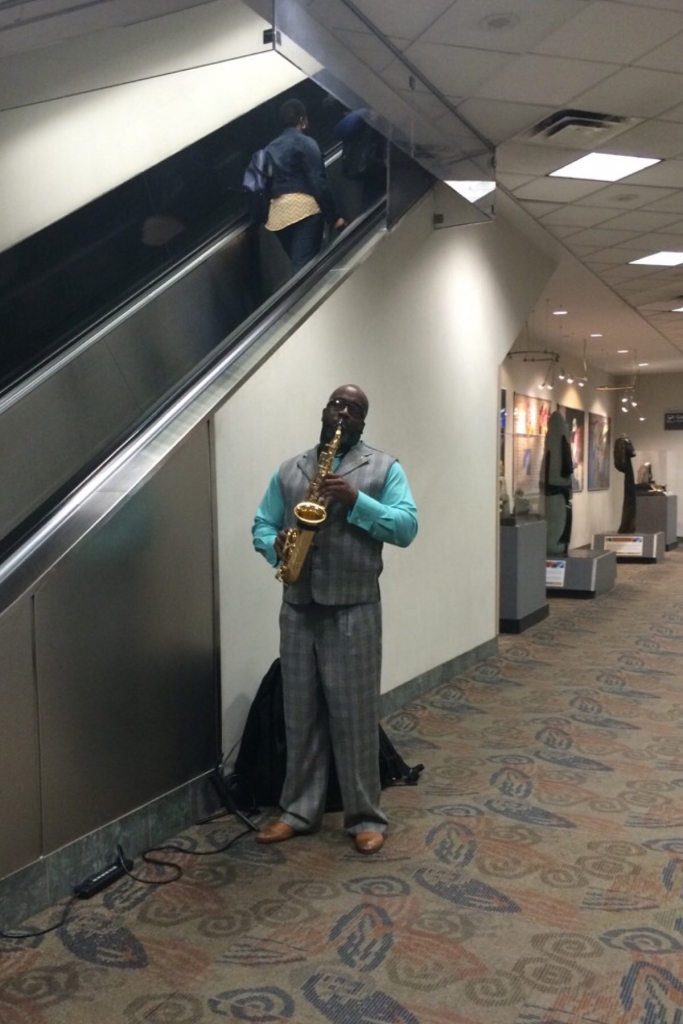