This one has an intriguing twist at the end…

Having already met two friends from school days, I still had some time left before my flight was scheduled to leave Dubai. Fortunately, Shirshendu had said he would be free after office. That was the opportunity I needed. We got together at a bar near the airport for a couple of hours. We had been trying to co-ordinate a meeting for a long time.

Then we got to know about each other’s families and how he moved to Dubai to sell books and eventually worked his way into a successful executive in the construction business. I also learnt about his mom today. At the age of sixty five or so, she decided that she needed to learn something new. So, she took classes in recitation (elocution, reading poetry or as Bengalis would say “abritti”). Here is a stunner – within a short period of time she excelled in it and has given multiple performances. She now performs in TV too!!! Evidently, nobody has heard her complaining! She always has a solution ready before she articulates a complaint. I absolutely need to meet her. And probably take my mom with me too 🙂

If you saw us for those two hours, going thru the updates of friends of different stages in life – early school, late school, college, work etc etc – one by one in great detail (including the names of minibuses one of our friends took to meet his girlfriend – yet another common friend of ours) you could be easily forgotten for not realizing one small detail. And that twist is that you would have never guessed that Shirshendu and I had never met each other ever. Till today!! We never studied together in the same school at the same time. We were never classmates in our entire life.

But we had a zillion common friends. And through those friends, we were always deeply aware of each other. It is like we ran in parallel lines intersected by many many friends at the same time but our lines never intersected! 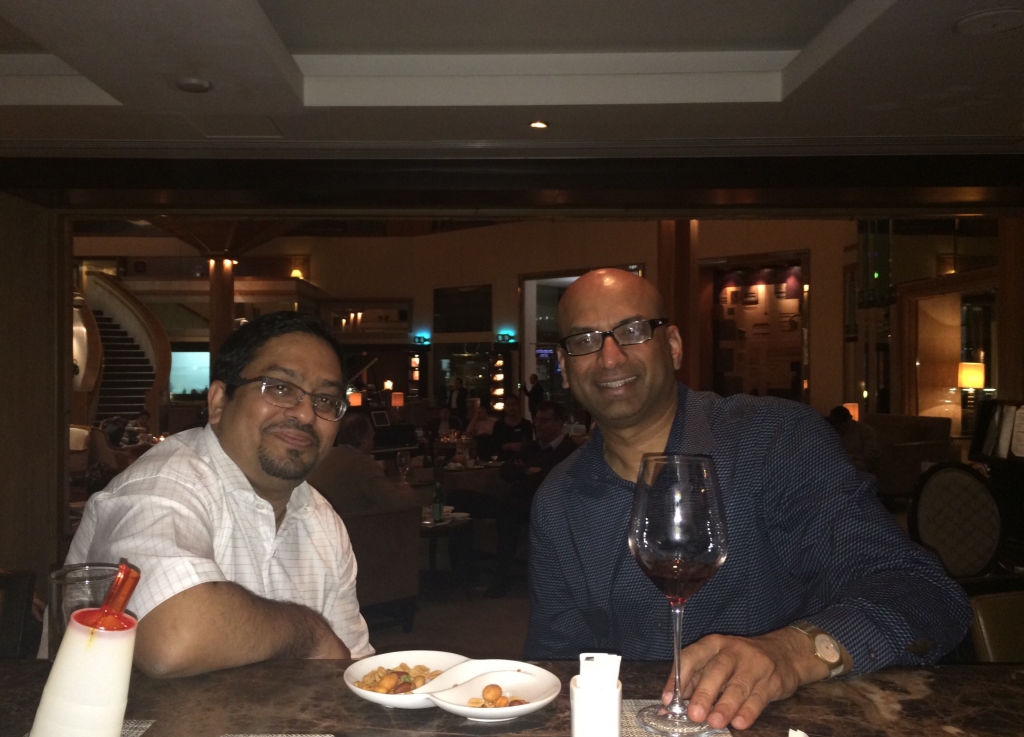