First of all, I am back to Kolkata airport with good phone and internet connection! Need to start writing my travelogs…. Starting with a phenomenal get together last afternoon. I will tell you how exciting it was. Being an absolute stickler for time (even in Kolkata, I managed to show up for the get together on the dot at 12:30 pm – although I needed all the luck in Kolkata), I had scheduled two hours for this get together. I had figured we would run out of stories from 1973-1976 in that time. Well, we went over our schedule by another couple of hours and even then we were literally kicked out by the janitor who needed to clean the restaurant before his shift got over 🙂

This one was a great one for me personally. I had these friends I had made in first grade (and one of them in pre-kindergarten) and over the last few years, I had found out their whereabouts and was in touch with them individually. But never managed to meet them (save a few). Finally, as luck would have it, seven of us got together under the same roof!! The last time that happened was literally 39 years back 🙂

Unfortunately, a few more could not make it (it was Republic Day in India and they had office and school duties). And tellingly, none of the girls made it. As somebody mentioned “Saala, sedino lengi merey gelo, aaj-o lengi merey dilo” 🙂 For personal safety I am neither going to translate that nor divulge who said it 🙂 Are you listening, Ajanta, Aditi and Suparna? 🙂

I always thought I remember incidents from the past more than others. These guys beat me hands down. Specially Mrinal’s ability to remember as well as tell stories was mind blowing. Ah! those stories of gulmohar tree and Atish’s coveted tiffin of “lobongolotika”s !!!

Since Facebook is awash with pictures of people reconnecting with their old school friends over lunch or dinner at fancy restaurants, we figured we should instead, stay close to our roots. We re-enacted what might have been if we all stayed together and studied in the same college together. We gathered on the street and the ones who smoke bought cigarettes from the street guy and lit them up. We, the non-smokers, did some secondary smoking and mostly talked and laughed above the din of the honking and screeching of Kolkata traffic 🙂 [To be sure, we also ate lunch together in a fancy restaurant but that is not what bonded us 🙂 ]

Atish, Arghya, Sanjay, Soumen, Sujit, you have to make it to the next Kolkata get together!! And for the ones who did make it…. I was barely six years old when I took a few steps of my life together with you (and I was four years when I did the same with Arindam Dasgupta) and I was able to do the same yesterday again. It is a great life I lead and thanks for making it so….It was absolutely marvelous to see those red-shorts-white-shirt tiny tots have succeeded so much in their lives!!!

We will meet again… As the old shayar goes… 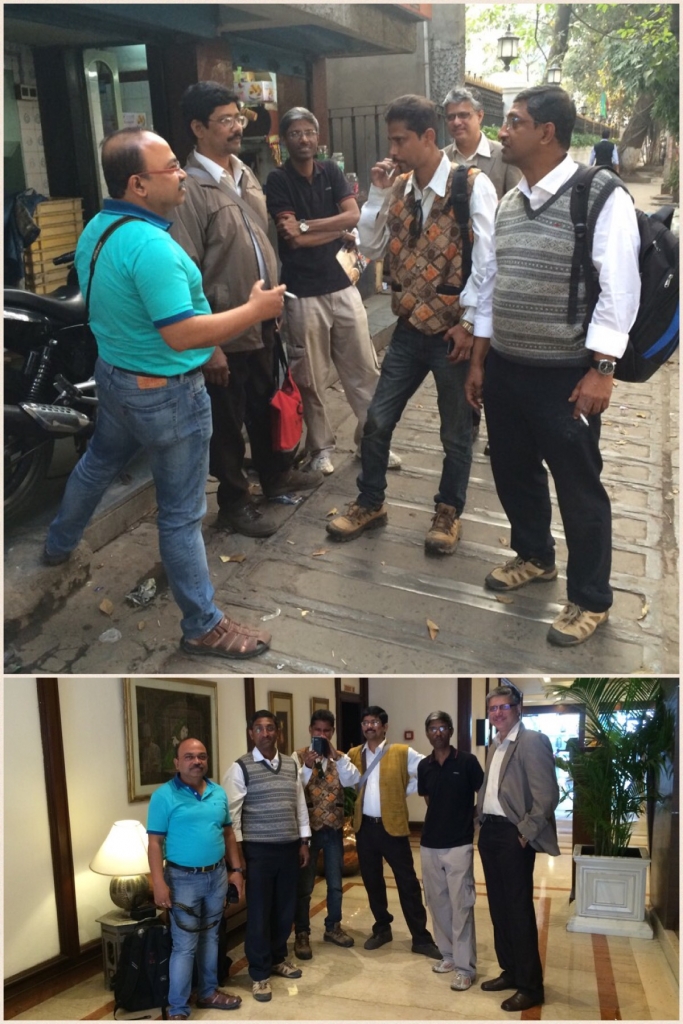