And yet another intersection point!!

Do you remember how at Bombay airport, a couple of years back, while waiting in the Business Lounge with my family, I had mentioned to Sharmila that the gentleman sitting at the other corner of the lounge poring over his laptop might have crossed my path some twenty five years back? And then how I had simply walked up to him and called out his name to see if he would look up? It was indeed him!

Well, a similar thing happened today while waiting in the Business Lounge of Dubai airport. I was very sleepy and still waiting for my flight to Kolkata (which subsequently was delayed). I was trying to keep myself awake by calling up friends from early school days to see if I could create some intersection points during my India visit.

Just as I started talking to a friend of mine from first grade, I thought I saw a gentleman briskly walking by while talking on the phone. I had a vague feeling that he might be the same guy that I had worked with about fifteen or so years back. When I say “worked with”, I mean we were in the same company – I was in Dallas, he was in Bangalore and we had met a few times during company events.

I decided to take my chances (at worst my risk was that I would get a strange glare from a stranger). After excusing myself rudely from my friend on the phone and promising to call him back very soon, I walked up and called out “Sankalp?”. Sure enough, it was him!! Good news is that he recognized me immediately!

It was great! I had not kept up with Sankalp in a long time. I was aware that he had started his own company in the early 2000s (which is when I probably saw him last). Had I not met him today, I would have had no idea what a great success that company has been.

Both of us had about twenty minutes (this was before I learnt that my flight had been delayed) and we made the most of it. Catching up on business, the challenges of taking a company public, our old friends from work, families and so on. The worst part – and this is probably starting to show we are growing old – was getting to know the unfortunate passing away of a couple of our old colleagues.

It was absolutely fascinating to run into Sankalp when I was least expecting him. He always was and continues to be the role model for a lot of entrepreneurs. 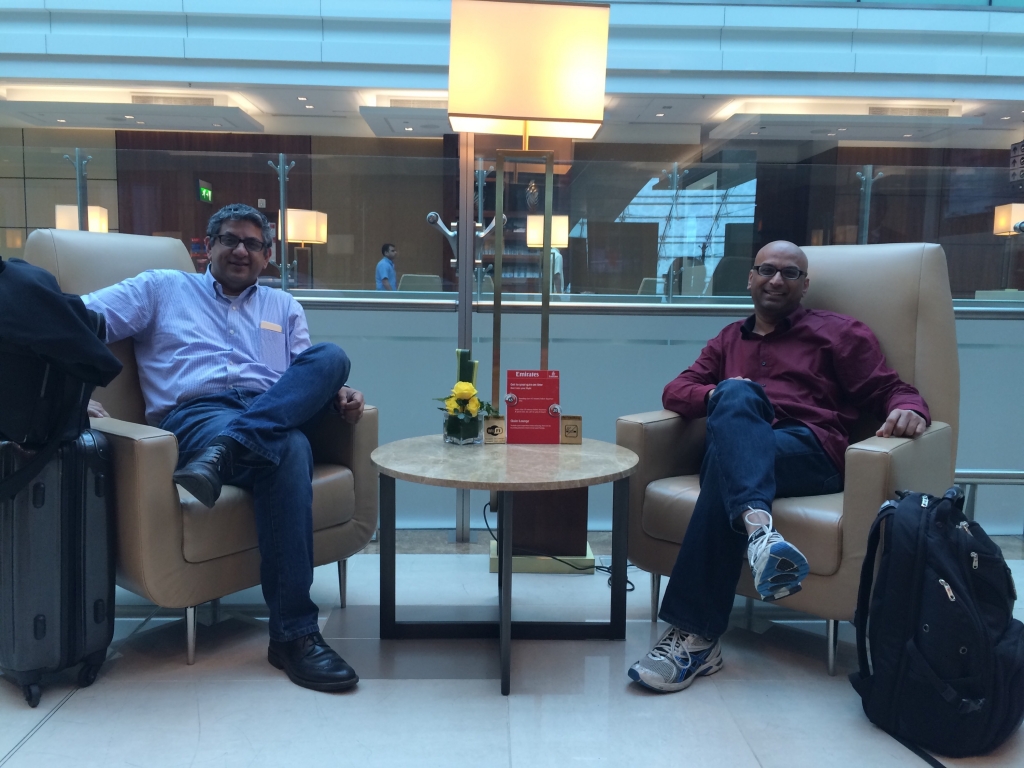