You never know who you will run into in the airport

For the second time in as many days, I found myself standing in the Atlanta airport security line. It was early in the morning and I was generally taking it easy. In fact, I was observing the distinctly German looking gentleman in front of me struggling to get all his stuff into the conveyor belt for screening at the TSA Precheck line. Every five seconds, he would remember he had one more thing in his pocket and he would hurriedly pull it out, and put it in one of his bags. Finally he was done; and as I was just starting to swing my shoulder bag onto the belt when I heard somebody call out “Is that Rajib”?

“It sure is”, I said as I looked at the general direction of the voice. Turns out it was the gentleman right behind me. He was standing there all the time as I was observing the gentleman in the front. And that is how my otherwise slow morning got to a very fast start. It is not often that I meet Chuck Townsley – an old buddy of mine. In fact, we have not met ever since he left our company – more than ten years back.

I was so excited that I started talking to him then and there; after a few minutes, the TSA guy reminded me that our bags have cleared and we had to be screened too!!

Both of us had about fifteen minutes at hand. So we grabbed a chair nearby and caught up on each other’s lives. It was fascinating to hear about his career success. Especially how he has worked his way up into IBM Sales.

On the professional side, I have always admired IBM’s ability to grow a formidable sales org – not just by talent but dealing with complexity of overlay sales orgs and highly nuanced compensation models. In fact, Chuck and I talked about sales compensation plans for quite some time.

Eventually, it was time to go. We got somebody to take a picture of us and I walked him to the train station in the airport. Just as I was leaving him there, he stopped me and said he wanted to mention something. I was naturally curious.

He narrated a story of an event that happened when he was leaving the company where we worked together. And he said “Thank you for making that happen”.

Frankly, I had forgotten about the incident. But I was struck with his sense of gratitude and generosity. All these years, and he still remembers it. And then I realized, this is Chuck we are talking about. He has not changed a bit!!! 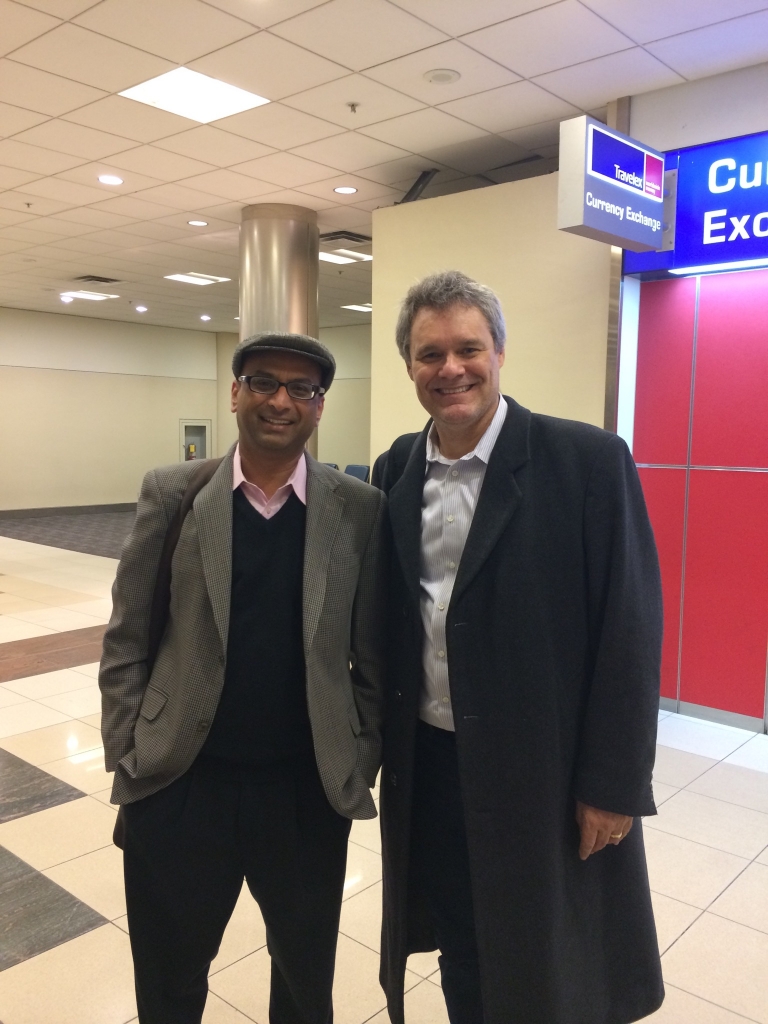