Who said Bengalis are afraid of the cold?

In a resounding thumbing of the nose to the proverbial Bengali fear of “Thanda legey jaabey”, nine of the Chalupa runners – including the high schooler Pooja – showed up for the below freezing point run this morning. Manas, who already had put in a 5K run before starting for another 5K with us was a visual proof of the frosty temperatures. When he started with us, all the small sweat beads at the edge of his hair on the head had frozen and in the glisten of the morning light, he looked like one of those Christmas lights you pay money to buy. (or as Bengalis might put it, “kadamphool” 🙂 ).

Anyways, it was a great run in the morning. Apologies for the poor quality of the pictures. While fiddling with my iPhone with my numb fingertips trying to set it up on the trash can, I accidentally set one of the filter modes on.

Ran into old running buddies and ultra runners – Lia and Samantha on the trail. Lia had to withdraw from a 100 mile run because of her back. So, it was good to see her on the running trail again. As I explained to her, there was something that made me withdraw from the 100 mile run too. It was the thought of having to run 100 miles 🙂

Finally, as always, the highlight was the coffee session (“adda”) at Starbucks. We discovered a budding poet in Samaresh today. And got a Sylheti 101 course from Arup, Sheuli and Malobika. The hapless students – Sharmila, Sanjib, Manas and myself were none for the worse at the end. And I also got my old Starbucks moniker “Hey You” back on my cup!!

And finally, also ran into Heidi – the manager of that Starbucks and another old running buddy!!! 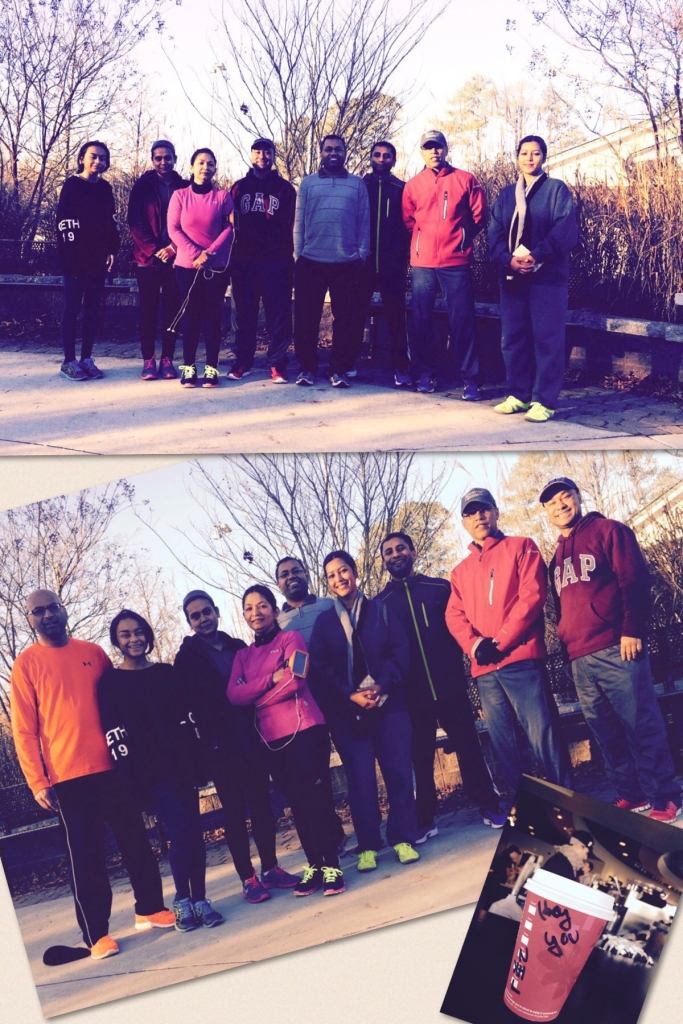