What is this about me and making the girls cry? :-)

If you thought Stacy crying because I embarrassed her was a funny episode, (see previous blog), you should try this. This one is circa 1996 again. I had become a manager for the first time in my life. There was this young lady – Tammi Gagne Perry – who had just joined the group that I had become the manager of. Two months into her joining the group, my manager – Dan Stenger – undoubtedly one of the best managers ever in my life – one day called me to his office and discussed which teammates deserved how much bonus for the year. To be honest, I was so new as a manager, I pretty much went along with whatever he said. Plus I trusted his calls.

One of the suggestions he had was to give Tammi a $1000 bonus (which would have been out of cycle for her) for the results she had produced within a very short period of time. Again, I went along with it. Except that since I was the direct manager, I had to give her the message. It was not a particularly difficult message, anyways. So, I was up for it.

I followed all the management protocol. Remember, I was new to this. I called her to a conference room, closed the door, explained to her, her achievements in a very short time and that the company had decided to reward her efforts and results with a $1000 bonus. I was expecting a gracious nod. A token “Thank You” would have been nice too.

Instead, she just started crying. I mean crying fluently and copiously. Evidently, she was so overcome by the gesture from the company (actually Dan’s, not even mine) and she was so not used to being told “Thank You” that she completely lost control of herself.

Did I mention this was in a conference room? With glass panes as a wall?

Can you imagine the scenario? There was this young lady sobbing and crying uncontrollably. Facing him was this the-then-young Indian guy with a sheepish grin but totally clueless about what to do next. And then there were these passers-by on the corridor watching us and wondering whether they should step in and ask her if she needed help!!!

It certainly sounded funny today as I met Tammi almost twenty years after that incident and discussed it. (Again, it was far less funny for me on that day). It is with great relief today that I can report that she takes to compliments far less violently 🙂

Seriously though, it was just magical to get in touch with a human being that I had grown so close to over the years (even her mom who we lost to cancer, her husband and daughters as well as her sisters). 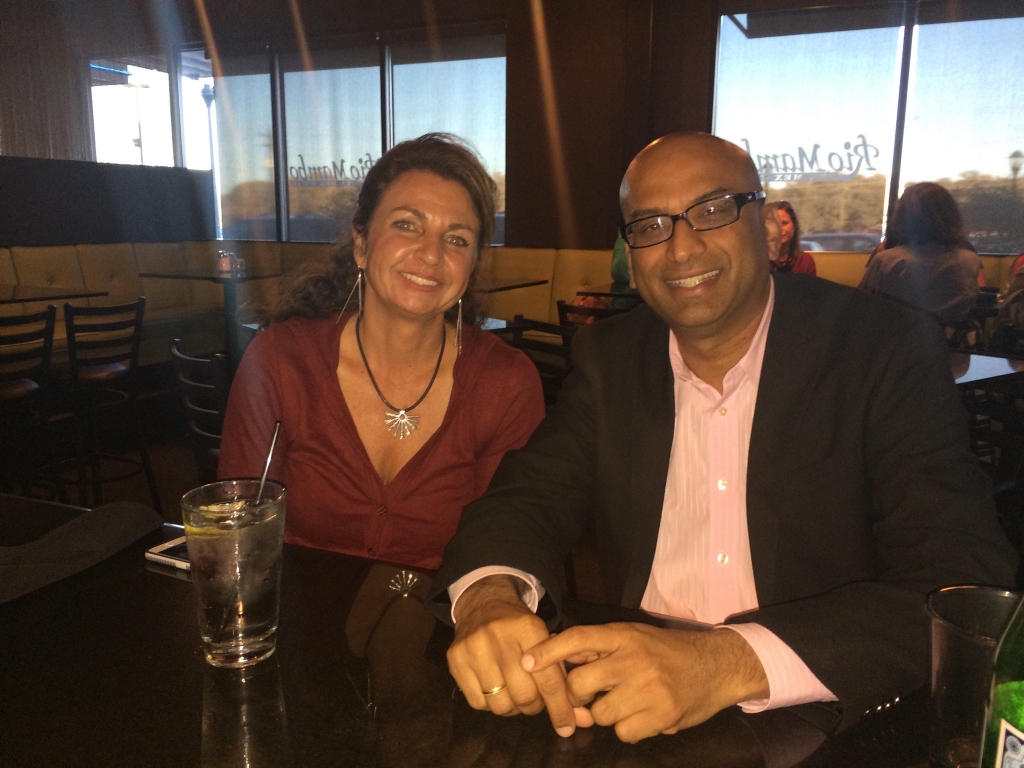