Last time I called up Angie to wish her a happy birthday, she mentioned that I was prominent in her list of people she wanted to meet from her past. I had figured that next time I was in Dallas, I had to find some time to catch up with her.

That day came yesterday. Among other things, she led our recruitment – especially executive recruitment. She was one of the rare recruiters who truly impressed me – and taught me how to look for the core elements of what makes a great professional or executive (and not the stuff that is written on the resumes).

I was aware she had gone thru some tough times in her personal life and also that she had beaten back all of them and thru the process had reinvented herself. It was inspiring and educational last night to hear the full story of how she took a tough challenge in life and emerged a better person.

As always, we also caught up about our old friends from i2. Looked like she had more updates than I did – and I do not face that too often 🙂

I had another reason I wanted to see her. Remember that lady – Thomasine – at the DCA airport? After hearing her story three of my friends – Jenny, Raghu and Angie had stepped forward to help her. In fact, Angie had already set up calls with her and spread the word around to 600 folks in her network.

I had to see such a gracious person and learn from her. 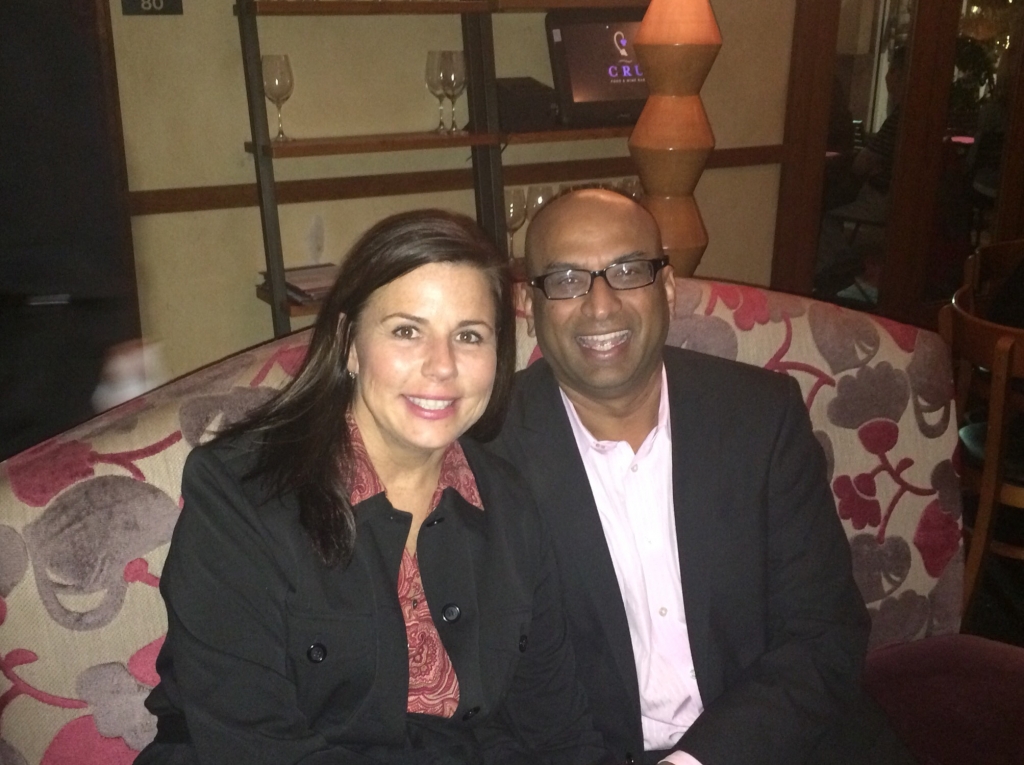