Why our leader was cautious today

Of the three founding leaders of Chalupa group, Sudakshina has broken a leg and Malobika has broken an arm. We noticed the third – as of yet untouched – leader, Samaresh ran very very carefully today 🙂
We welcomed today another new runner – Subhankar to the group. And Nachiketa showed up too – without any instigating poem, whatsoever 🙂
Ran into my good old friends – Dan and Tom on the trail. Initially I did not recognize them. Figured it was Doppler effect. They were approaching me at very high speed (both do 5Ks in 16 mins and change), so, I must have been seeing a distorted picture of them. Then, I realized it was simply because this is the first time I saw them running with their shirts on 🙂 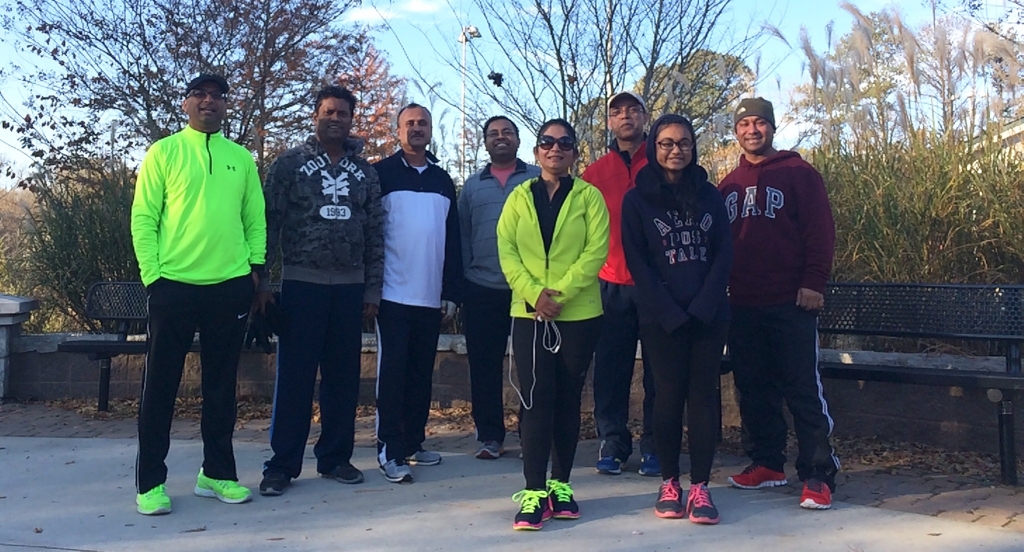