Intersection Point in an airport!!!

Started the mini vacation with family. Headed towards Chicago. The best part of the vacation might have just happened – even before we could get into the plane. Thanks to Facebook, Sharmila found out that one of her best friends from early childhood days was on her way back from Florida to Dubai today. Also realized that she was routed thru Atlanta airport – although at a very different time than our flight.

A few Facebook messages, frantic calls and a lot of effort from Rupa (Sharmila’s friend) to convince Delta to let her get onto an earlier flight, we were able to reach the gate for her flight just as the plane pulled into the gate. For a couple of hours thereafter, it was absolute bliss with laughter and old stories of when she had visited us long back in Florida and Dallas and when we had visited her in Hong Kong and Dubai. You could have easily spotted us as the boisterous crowd in the Atlanta Hawks bar in Terminal A.

Sometimes, serendipity can be marvelous!! That was the best impromptu gathering ever!!! 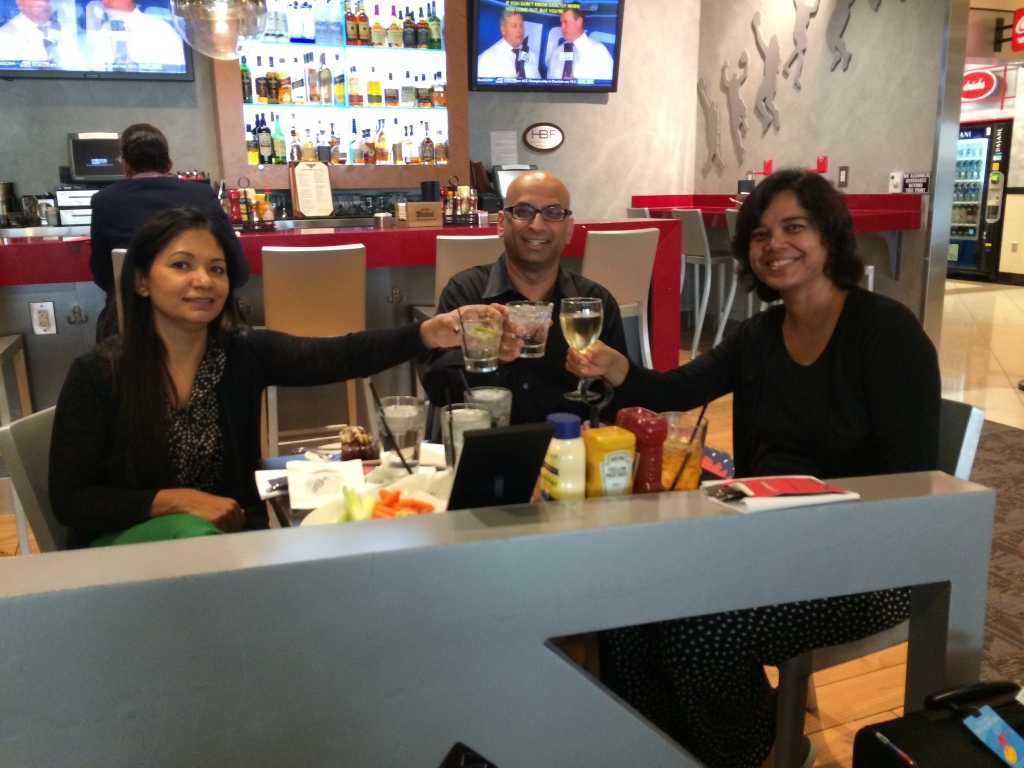