It being Durga Puja time, Sharmila and Natasha were all decked up to go to the biggest festival for the Bengalis. But it also being Friday evening, Nikita and I totally nagged till we were let off the hook and allowed to stay back. Neither of us like going outside home after the workweek.

And I am glad I did not go. Instead, Niki suggested we light a fire and sit outside. So that was about a couple of hours of completely idle chat. Not sure why, we talked about wide ranging topics from oil spills (she brought it up) to the phases of the moon (I brought it up). It is always these small things in life that bring the greatest joys to me somehow.

Speaking of small things, we soon noticed a small earthworm wriggling along the concrete surface by the pool. We could see the earthworm clearly by the light of the fire. It was funny watching intently as the earthworm trudged along. It would take a step forward – it was more like a wave started from the back and eventually reached the front and then the front would raise its edge, turn its tip to check out three of four directions (it was like at every step, it was going “What are my options?”, “What are my options” 🙂 ) and then settle down on one of them and lay its head there – waiting for another wave to push it all the way from the behind 🙂

Finally, I started explaining some characteristics of the earthworm to Niki – especially the versatility of its skin (thru which it “sees”, breathes, eats, excretes etc etc). And I let her know that it belongs to a class of species called “Annelida”.

She looked at the completely clueless and directionless worm one more time and gave her verdict “Well, it is not much of a “lida” anyways” 🙂 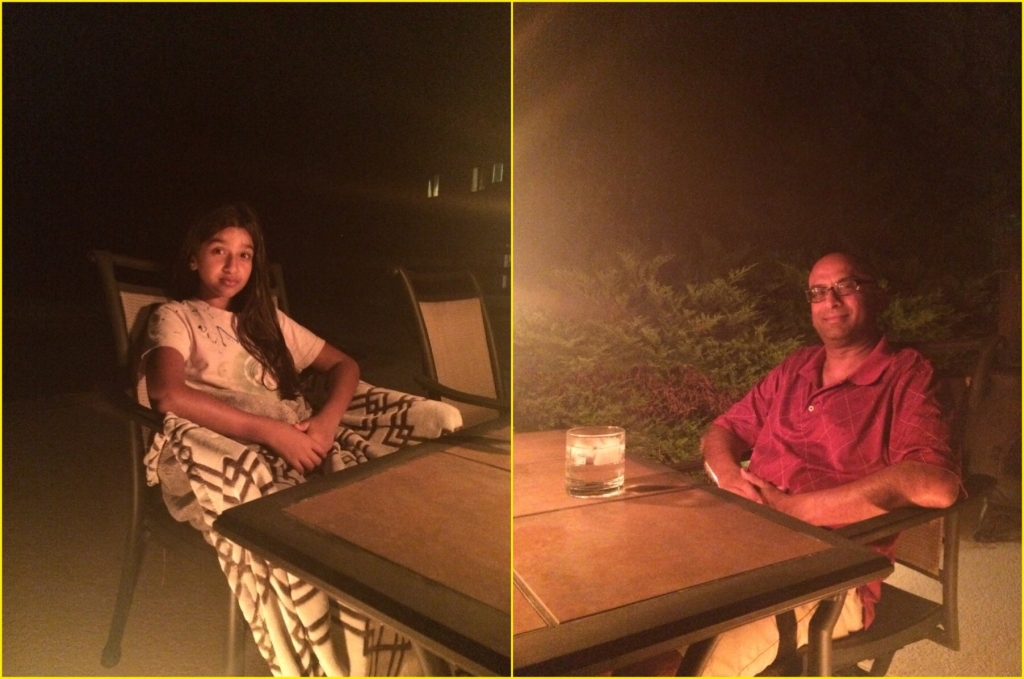 Posted October 4, 2014 by Rajib Roy in category "My Family