Usually, it is I who remember people and then search the whole world for them, arrange for a meeting, get somebody to take a picture and then memorialize it in my blog with the backstory. Yesterday was a role reversal.
I was out with a friend at a bar and he had invited another friend of his who was visiting Atlanta to the bar. I am not going to bore you with all the details but some parts of the conversations were memorable. As I got introduced to Russell (that being his name), he surprised me by saying, “I know you. I have seen you before. Where have I seen you before?”.
I had not the faintest clue. But certainly not one to give up on a chance to extract some laughter, I asked him “Do you watch a lot of adult movies?”
15 seconds of pindrop silence.
Followed by three minutes of non-stop laughter 🙂
“Were you in Equifax”?
“Yes”
“Were you in i2 before that?”
“Yeah. How do you know that?”.
To cut it short, it became apparent that we had met before!!! And he used to be in Dallas area. (He is still in Texas). We frequented the same bars, restaurants and Starbucks often!!! One by one, we found out we had way too many common connections from the past. It was like we knew everything about the other person!! We were almost high fiving each other everytime we found one more connection – much to the disbelief of our common friend.
Russell pulled one back on me as I got ready to leave – “Say Hi to Mom”, he said.
I frowned for a bit. Then laughed all the way to car thinking about his reference to “Brother from Another Mother” 🙂 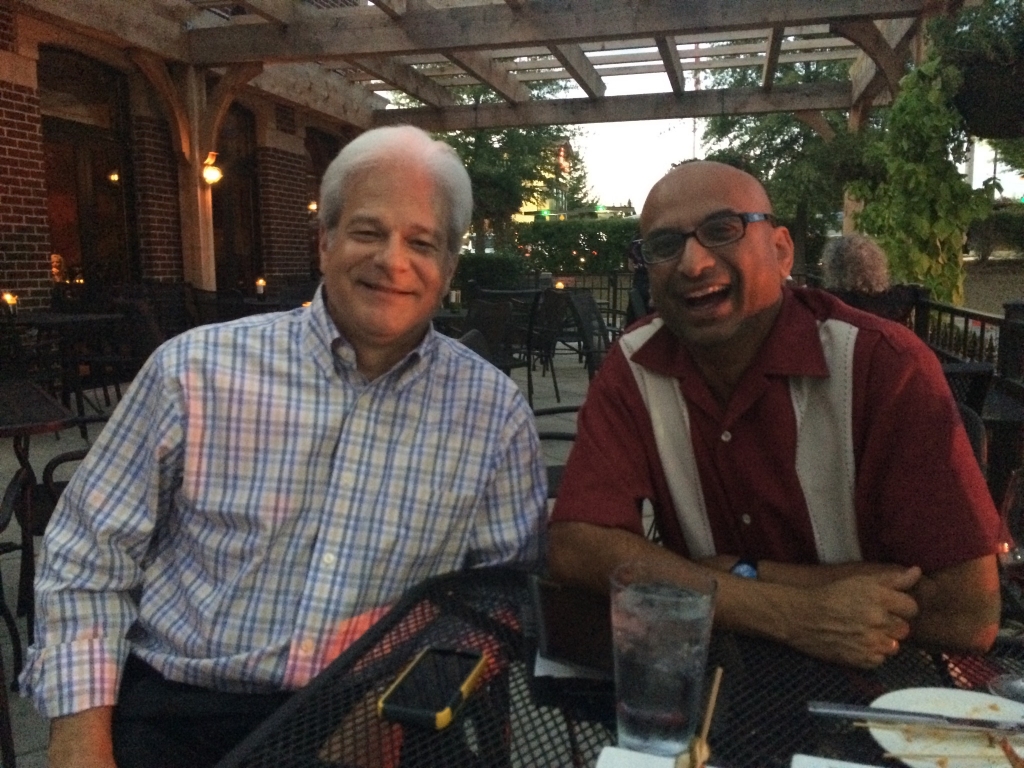