Early September, I called up Atanu to wish him a very happy birthday!! After 1983, I had neither seen him nor talked to him much. A few years back, I got his phone number from another friend and called him up. And jotted down his birthday. Ever since, at least once a year, I get to talk to him and not much more. Except, this year when we talked, we wondered if it would be possible to see each other after so many years.

Atanu was one of our “bhalo chhele” – which in Bengalispeak is, a meritorious student. After school, he went on to pursue his higher education in medical science and is now an eminent doctor in my birth state specializing in pediatrics. Anyways, I was excited at the possibility of meeting him – although I was not sure logistically I could fit it in. My best shot was to go to Asansol – a town I have never been to – about forty five minutes away from Durgapur after I met my gall-bladder-less nephew. (see a blog from a couple of days back).

Eventually, my brother and I did show up at Atanu’s bungalow inside ESI hospital. Again, he looked exactly the way I remembered him from 1983!! I could have easily picked him out in a crowd. Since he, my brother and myself were from the same middle school, we spent some time remembering our old teachers and school.

And then we got introduced to his wife. What I did not know till then is that his wife was our batchmate too. And that she and I had studied in the same school – twice – but not in overlapping timeframes. However, we immediately found common friends from the past. The most exciting moment was when she started talking about her best friend from Bidhan School (eleventh and twelfth grade) that she had not been able to track her down for some time. Want to guess who she was? The same Aditi that I met after forty one years just a couple of days back!! What is the chance of that? I was immediately able to put them together thru the phone lines.

Ah! The joys of networking!!!

This was amply rewarding in itself. However, the bonus came when Atanu mentioned that another friend of ours from school days – Suranjit was also in town. I think I knew he was in Asansol but I never put two and two together. A few phone calls later, we had Suranjit and his wife at Atanu’s house. Suranjit was, and continues to be an absolute hoot. I think he was one of the first – if not the first – businessman in our group. He is still the same person – looks at you from the top of his glasses, has a booming voice and full of energy and joie de vivre! And since his business is in selling alcohol and liquour, I obviously had a lot of questions around the more common alcohol types and brands here. Unfortunately, not too many people here go for cocktails, as he educated me. Most go for beer or scotch whiskey.

Anyways, the three of us had enough of catching up to do that I canceled the schedule for the rest of the day and we went out for lunch in a nearby restuarant. 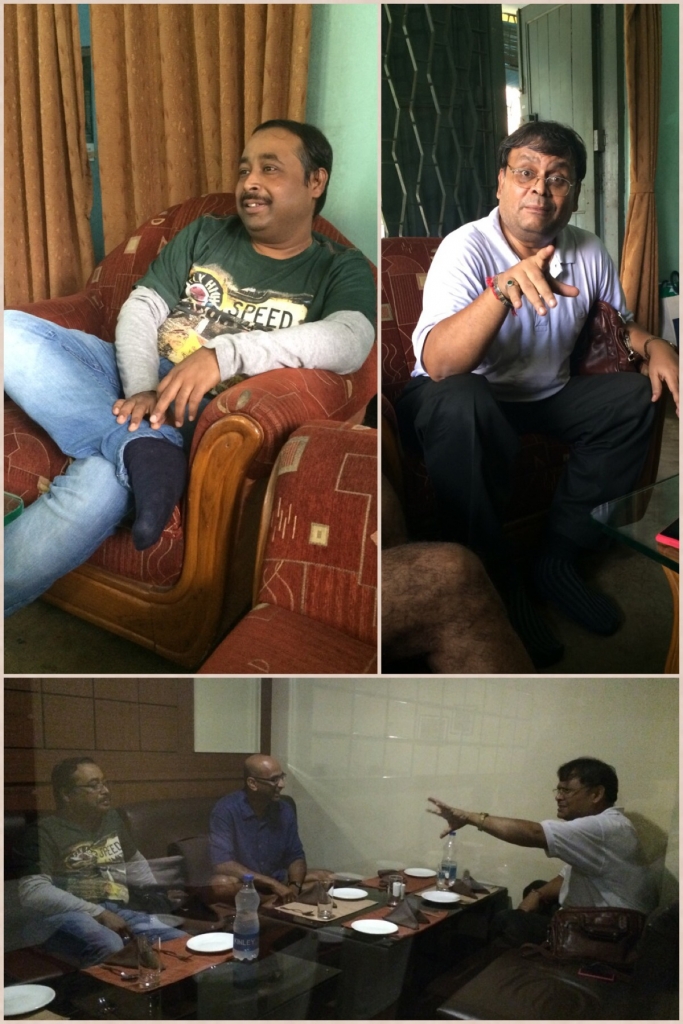